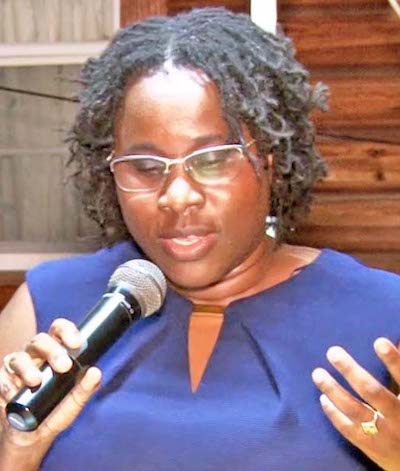 It seems that the high court might have to settle a legal battle in the making between Prime Minister Dr. Keith Mitchell and his political rival, attorney-at-law, Claudette Joseph of the main opposition National Democratic Congress (NDC).

Joseph has told a lawyer representing Prime Minister Mitchell that she would not issue an apology that was demanded following statements made by her at a recent Congress press conference.

THE NEW TODAY reproduces the letter from Dr. Mitchell’s lawyer and the response from former Attorney-General Cajeton Hood who is representing the Congress Public Relations Officer on the issue.

Re: Allegations of investment in the Organic Shrimp Farm Protect in Victoria, St” Mark by Dr. The Right Honourable Reith C. Mitchell

Our instructions are, that on 2nd December, 2019, during a live Press Conference facilitated by former Political Leader Tillman Thomas and yourself as PRO of the National Democratic Congress (NDC) , at the Party’s headquarters situate at Mt. Gay, Saint George, you made certain statements on behalf of the NDC about our client, which we believe are defamatory in nature and geared to impugned on his good name, his standing and his reputation.

In particular, in your statement relative to the Organic Shrimp Farm Project in Victoria, St. Mark, you fabricated that our Client said, that, ‘he too was an investor’. However, you are very well aware, that our Client is the Minister responsible for the Citizen By Investment Programme (CBI) , under which the said Project falls and any personal involvement by our client as an investor or otherwise, would no doubt be a clear conflict of interest, be unethical and would amount to a grave reflection on the integrity of our client.

Our client vehemently denies that he ever uttered words to that effect, but merely to say, that he has invested in St. Mark, as a Parish on a whole.

The statements are therefore completely false and malicious in all respects and were intentionally made by you to cause damage to our client’s reputation.

In the circumstances therefore, we are instructed to make the following demands on you:

(i) That you forthwith cease and desist from making these or similar defamatory statements, about our client and that you give an undertaking to this effect;

(ii) That you promptly and no later than within seven (7) days of the date of your receipt of this letter, issue and read an apology, which apology will be drafted by our office;

As it relates to the foregoing demands, we request from you, a written response within seven (7) days of the date of your receipt of this letter.

Should you decline however, to adopt this course, we have further instructions from our client, to commence legal action against you, and to do so without any further notice to you.

Re: Allegations of investment in the Organic Shrimp Farm Project in Victoria, St. Mark by Dr. Keith C. Mitchell

We act in the matter at caption for Ms. Claudette Joseph of counsel, our client, to whom you have addressed a letter dated, December 13, 2019, on behalf of Dr. Keith C. Mitchell the Prime Minister of Grenada, your client.

Our client takes very strong objection to the allegation contained in your letter that our client fabricated the statement that your client said that, “he too was an investor”. In fact, we are of the considered view that the said allegation is maliciously false and actionable, but our client’s posture at this juncture is simply that, the facts will speak for themselves.

We note the conclusions regarding inherent conflict of interest, unethical involvement and the grave reflection on your client’s integrity that have been made by your good self on behalf of your client. We do not wish to comment on your conclusions nor are we prepared to engage you on the matter of the real or intended effect of your client’s statements or utterances.

Please note that your client is arguably the most prominent holder of a public office in Grenada and ought to expect that his utterances would be the subject of constant analysis and comment.

For the avoidance of doubt our client instructs us to indicate to you as follows:

(i). She did not fabricate the statement attributed to your client that “he too was an investor”;

(ii). There was no malicious intent or content in the comments made by our client regarding your client’s utterance, but rather an objective analysis of the information presented on the project to date;

(iii). Our client, who is a political figure just as your client, has a duty and obligation to provide the general public with analysis and feedback on political matters in a fair and objective manner;

(v). Our client does not desire a legal battle with your client on this matter but, in the above premises, our client is not prepared to issue any apology, nor will she pay the sum demanded or any sum to your client;

(vi). The statement contained in your letter of December 13, 2019, that our client ‘fabricated the statement that your client said that, “he too was an investor”, constitutes a malicious falsehood and must be retracted forthwith.