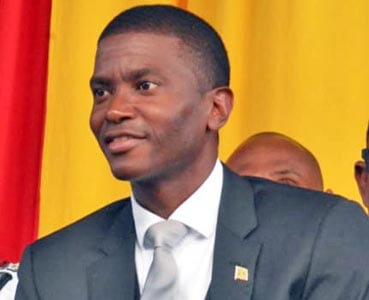 The newly elected Dickon Mitchell-led National Democratic Congress (NDC) administration is facing a possible lawsuit from a company with close ties to the former New National Party (NNP) government that lost a lucrative contract to provide services to the island’s 15 Parliamentary offices.

A source close to the near 3-month old government told THE NEW TODAY that the company known as CJ’S has threatened legal action against the Office of the Prime Minister over its failure to disburse payments allegedly owed to it for the month of July.

The company, operated by an individual who once served as the Secretary to Dr. Mitchell in the 1980’s, was awarded a contract to look after the fifteen Parliamentary offices – after the service was taken away from the Parliament.

The service was then outsourced from the Office of the Prime Minister then occupied by the Member of Parliament for St George North-west, Dr. Keith Mitchell and handed to CJ’s allegedly without going through the bidding process.

Former Opposition Leader Tobias Clement had often complained in sittings of the last Parliament that then Prime Minister Keith Mitchell had demonstrated dictatorial tendencies by taking away the service from under the budget of Parliament and putting it directly under his control.

According to a government insider, CJ’s called the Budget Officer in the office of new Prime Minister Dickon Mitchell asking for outstanding payments due to the company in relation to the offices of Members of Parliament.

He said the government is contending that the private service provider should not have received payments for even the month June as there were no sitting members of Parliament since the Governor General Dame Cecile La Grenade had issued the Proclamation for the Dissolution of Parliament to facilitate the June 23 General Election.

He stated that the island was definitely without Parliamentarians until the day when the members were sworn into office after polling day.

“… That is when we actually became members of Parliament. So monies should not have been sent from government coffers to her (CJ’s owner) for June,” he said.

“The question is – were those payments made? That is another thing – another investigation that needs to be done. Our investigation is that the payments were made and if in fact it was paid again that is illegal payment,” he added.

The government spokesman disclosed that the Dickon Mitchell-led government has since taken the decision to terminate the contract given to CJ’s by the Keith Mitchell-led administration as it was considered as a “hostile company” to the new rulers.

Related:  The 25% discount on non-fuel charges on electricity was unsustainable

He also cited another reason for ending the contract as alleged irregularities in its operation as the Parliament was the one who should really be paying members of Parliament and running these offices and not a private provider of the service.

He also said that since the NNP lost power just over two months ago, a lot of the furniture, as well as laptops, appliances and other furnishings in the offices of several Parliamentarians were taken away by some of the former MP’s.

He told THE NEW TODAY that the present Clerk of Parliament is not able to give an account to the new regime at the Ministerial Complex in the Botanical Gardens in Tanteen, St George about anything to do with these offices.

There are reports that the three MP offices that were most affected by the removal of furniture and furnishings by NNP operatives were Carriacou & Petite Martinique, St David’s and St John’s.

According to the insider, the new MP for St. John, Climate Resilience Minister Kerryne James was reportedly told that “those equipment belonged to CJ’s and not all you.”

In the case of the sister isle of Carriacou, MP Tevin Andrew who now holds the portfolio of Minister for Carriacou & Petite Martinique Affairs and Local Government only got about three desks from his predecessor, Kindra Maturine-Stewart, when he moved into the office.

The former NNP MP “is said to be claiming that one of the desks actually belongs to her” but was told that “until she could bring a receipt we will (not) give it to her.”

The Dickon Mitchell-led Congress government has asked for an audit to be done on the 15 constituency offices under the previous government but has run into problems due to lack of staff in the Audit Department which is overburdened with its own workload.

In addition, the government has run into a stumbling block with the Public Service Commission (PSC), headed by former NNP Cabinet Secretary Beryl Isaac who is cautioning it about bloating the public service with additional employees.