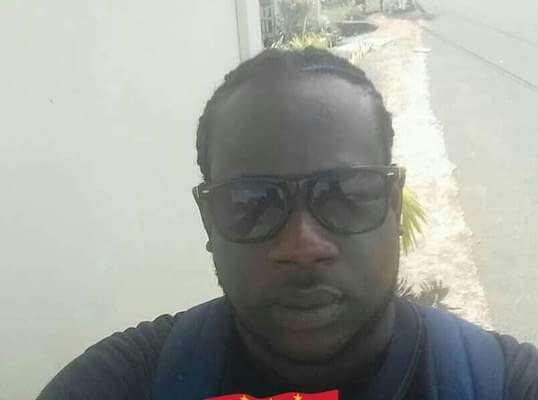 A family feud has left one man dead from police bullets and another with severe chop wounds inflicted by the deceased.

Dead is an individual known by villagers in Richmond Hill, St. George only by the name “Trigger” while the injured man has been identified as Ron James, believed to be in his mid-40’s.

An eyewitness told THE NEW TODAY that police were called into the area, overlooking the Richmond Hill prison when “Trigger” attacked his brother-in-law and started to chop him up with a cutlass.

The deceased is known to be the father of two teenaged girls who are the nieces of James.

According to the eyewitness, he was just about to enter a village shop when he saw Trigger pass by in his usual quiet manner.

He spoke of looking out a side window of the shop and saw “Trigger” with cutlass in hand going in and out of the small parlour run by James and was using a cutlass to inflict several chop wounds to him including in the area of the face.

He said that the assailant kept chopping his brother-in-law, walking out of the small shop and then going back in and delivering more chop wounds on him.

He stated that the police arrived and “Trigger” was still using the cutlass on his brother-in-law.

The arriving Police party ordered the attacker to drop the weapon but he reportedly shouted back at them, “Back-off”.

One of the police officers fired a warning shot in the air but “Trigger” ignored it and kept chopping away at James.

The eyewitness said that a number of shots were then fired by the police and the assailant who was then inside the shop chopping James soon fell to the ground.

THE NEW TODAY was shown a partition that came from the small shop with what appeared to be five bullet holes in it.

According to the eyewitness, he saw blood coming out from the right hand side of “Trigger”.

A party of police officers rushed the badly injured James to the St. George’s General Hospital while Trigger’s body was taken away by members of the Criminal Investigation Department (CID) of the police force.

Villagers said that Trigger was deported back to Grenada over 15 years ago from the United States.

THE NEW TODAY could not independently confirm information that the deceased was involved with a conflict on Saturday night with his wife at their family home in Jumbie in the Tempe area of St. George.