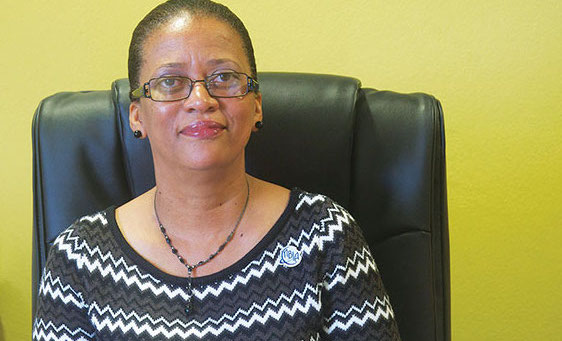 What I see – is a change in guard for me.

Those were the words uttered to THE NEW TODAY on Tuesday night by a long-standing member at the Maurice Bishop International Airport (MBIA) following reports that former Board Chairman, Joan Gilbert, was sent in yesterday to take over from the embattled General Manager, Wendy Francette-Williams.

The move comes two weeks after the embarrassing episode at MBIA in which British Airways was forced to cancel flights to the island due to a lack of fire-fighting aggregates on site to accommodate the type of aircraft used by the airline.

The Trinidad-born airport manager has come under increasing fire since the issue resulted in the downgrading of MBIA and international embarrassment to the Keith Mitchell-led New National Party (NNP) administration in St. George’s.

Francette-Williams had cited delays in shipping the aggregates from abroad into the island during the coronavirus pandemic.

A senior employee at MBIA told THE NEW TODAY that when workers showed up on the job on Tuesday morning, they were informed that the manager is on “holiday” and that Gilbert who once served as Manager and Head of the Board of Directors has been brought back to take charge of the running of the airport.

“That is what was communicated to us. From what we see and what we hear officially she (Gilbert) is back,” he said.

According to the senior staffer, as soon as the workers took up duties following Monday’s public holiday, they were “informed of changes” and that Gilbert was on the compound throughout Tuesday performing her responsibilities.

“It was a surprise to everybody but what can we do – we have to work with it,” he remarked.

The senior employee confirmed that it is the first time Gilbert has been brought in to act for the manager whenever she goes on “holiday” as the task is often given to other senior persons in the management team.

There has been no official announcement from the ruling New National Party (NNP) government of Prime Minister Dr. Keith Mitchell on the development surrounding the MBIA General Manager.

However, a government insider said that the move against Francette-Williams would have been taken at the level of the Cabinet of Ministers with instructions given to the Minister of Tourism & Civil Aviation, Dr. Clarice Modeste-Curwen to convey it to the Board of Directors.

The source pointed out that Francette-Williams was sent on “leave” and had paid the price as the fire-fighting aggregates issue “impacted us negatively”.

He said the administration in St. George’s was showing signs of growing impatient with the female Trinidadian manager at MBIA in recent weeks especially her handling of the airport in the COVID-19 period.

Within days of the MBIA fiasco, the island’s former Attorney General, Jimmy Bristol called for the sacking of the General Manager and the entire Board of Directors headed by Anya Menezes-Chow Chung, a female Barrister-at-law and Chief Executive Officer of a leading private sector business on the island.

Bristol charged that the failure of the MBIA management to have the fire-fighting aggregates on site was “deplorable” and an embarrassment to both Grenada and BA which would have lost thousands of dollars due to the forced cancellation of the flight.