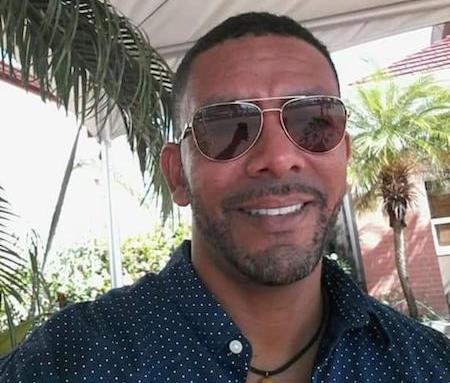 Sen. Terry Noel – handed in his resignation about 3.30 p.m. this afternoon

Opposition Senator, Terry Noel has resigned from Parliament after serving for only ten months.

According to well-placed sources, Noel handed in his resignation late this afternoon to the Clerk of Parliament, and also the Leader of the Opposition.

One well-placed source told THE NEW TODAY, “He (Noel) handed in his resignation today…” and another said, “He brought in his letter into Parliament this afternoon.”

Sen. Noel did not answer his cellphone when THE NEW TODAY called for confirmation of his resignation.

However, Leader of the Opposition, Tobias Clement said he was not surprised at Noel’s resignation following a conversation between both men on Sunday.

According to Clement, Sen. Noel indicated to him that he was involved in discussions with The Grenada Movement (TGM) led by former Ambassador Dr. Patrick Antoine.

He said that from the tone of the conversation he formed the impression that his nominee in the Upper House of Parliament was bent on throwing in his support behind TGM which is planning to evolve into a full-fledged political party in the coming days.

THE NEW TODAY had picked up reports weeks ago that Sen. Noel who took his oath as a Senator at the end of July was seen in the company of Dr. Antoine who visited the island a few weeks ago from his base in neighbouring Trinidad & Tobago.

Ex-Senator Noel is said to have an eye on the rural St. Andrew North-west seat held by Social Development Minister, Delma Thomas.

He is known to have had political associations in the past with both the governing New National Party (NNP) of Prime Minister Dr. Keith Mitchell and also the main opposition National Democratic Congress (NDC).

It’s the second high profile person that Dr. Antoine has been able to attract to TGM within the past week.

The other is former Attorney General, James “Jimmy” Bristol who announced Friday that he had joined TGM in order to try and help bring about regime change in Grenada from what he called the “one-party state” dictatorship of PM Mitchell.