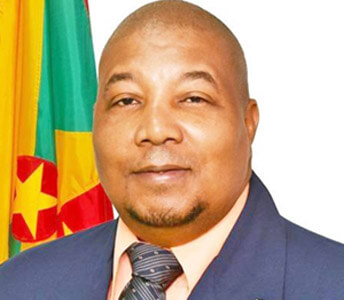 Constant stop and search by the Royal Grenada Police Force (RGPF) could be a very effective way to tackle praedial larceny that is affecting farmers in the agriculture sector.

This was disclosed to THE NEW TODAY by the Senator for Agriculture and Fisher folks in the Upper House of Parliament, Roderick St Clair.

In an exclusive interview, Sen. St Clair said the police should be doing this just like they stop vehicles on a daily basis and ask drivers to show them their driving licenses and insurance certificates to be using the road.

He questioned the seriousness of the police in handling the issue of praedial larceny which has been a scourge on the agricultural sector over the years.

According to Sen. St Clair, the lawmen also need to go to those places where the vendors are buying their produce to sell to the public.

“…If the vendors know that the police (are) checking, the Praedial Larceny (Task Force) is checking they would get scared to buy stuff because they know that I shouldn’t be. Even the thief coming with it will be scared to come,” he said.

“…If we go and check the markets, check those places where (they) are buying items, people are going to get scared to buy these hot goods,” he added.

He said this could be a good thing but should be implemented alongside other measures in the fight against the theft of farmer’s produce.

“I think we could have a combination – it could happen. So yes, that could be used as an approach and there is nothing wrong with that,” he remarked.

Sen. St Clair recalled that during the onset of Covid-1, some two years ago, the authorities were using drones to track the movement of persons who should have been inside during the lockdown periods.

He told THE NEW TODAY that one of the problems in tackling praedial larceny is due to the fact that agriculture in Grenada is very much decentralised with farms scattered around the place.

He suggested that greenhouse parks of about 5 to 10 acres can be created and rented out to individual farmers to produce different products and that inside of that structure “you will be able to provide a better security system” as farming will be done “within a certain confined area.”

He said this is achievable “just like how you hire a security person or you put cameras or drones to manage things.”

“So we have to start looking at the kinds of results we want to have and how to design things and if we just leave it as it is right now we will be constantly fighting to catch up.” he said.

According to Sen. St Clair, the farmers around the island are still waiting for something to be done to tackle praedial larceny, especially as the former New National Party (NNP) regime had indicated prior to its defeat in the June 23 general election that it had a plan to deal with the problem.

He recalled the announcement that an action plan was approved by the then Cabinet of Ministers under the government of defeated Prime Minister Dr. Keith Mitchell and had assigned at least EC$100, 000.00 in the budget for this purpose but “the operational plan on the ground we are yet to see.”

He also noted that current Commissioner of Police, Edvin Martin, had addressed farmers at a meeting in Grenville, St Andrew on the issue “some months ago but the farmers are saying it is still wanting.”

The Senator for farmers and fisherfolks charged that the authorities keep pushing the issue of farm watch to fight praedial larceny but that in itself is placing the farmers at a serious disadvantage in protecting their crops.

“Farm Watch is basically making the farmer after a hard day’s work still come back and want to watch – we (are not) saying that they don’t have to be involved when the State has infrastructure that it is willing to commit,” he said.

According to Sen. St Clair, he really does not know what exactly is the problem in terms of putting the much-talked about plan in place and executing it for the benefit of the farming community.

“Do we have a design issue?” he questions.