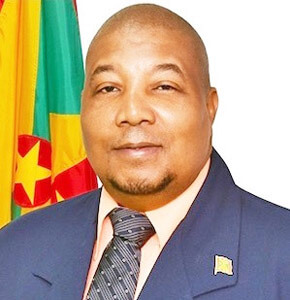 Sen. St Clair – not optimistic of a quick fix solution

The farmers’ representative in the Senate, Roderick St Clair has dropped hints that the issue of Merger of the two major commodity boards on the island and liberalisation of the nutmeg industry is not close at hand.

The former New National Party (NNP) government of defeated Prime Minister Dr. Keith Mitchell has been pushing in its 2013-22 term in office to merge the Grenada Co-operative Nutmeg Association (GCNA) and the Grenada Cocoa Association, as well as to open up the nutmeg industry to foreign players.

However, in an exclusive interview with THE NEW TODAY, Sen. St Clair said it is safe to say that liberation is not an issue on the table for discussions by farmers and is definitely “off the table” in the minds of farmers.

He stated that merger is open for discussion but the critical issue to be settled in order to go forward is ownership of the assets of both associations, as well as what kind of functional co-operation can take place and “how we can maximise on the resources that we have that is going to show benefits in the long run.”

According to Sen. St Clair the assets of both commodity organisations have to be settled in order for farmers throughout the island to feel a sense of ownership and be able to “say this is belonging to me, this is for the children, this is for the grandchildren.”

“…This needs to be addressed and that is a legislative issue that must be addressed. The farmers need that sense of ownership,” he remarked.

The farmers’ representative in the Upper House of Parliament disclosed that the Board of Directors of both organisations have been looking at the issue and only a few days ago it was on the agenda of the annual general meeting of cocoa farmers.

Sen. St Clair said that once given the official mandate by farmers to push the merger issue then “I would agitate and create a debate in the Senate on that and hopefully afterwards whatever enactments have to take place, we can then as an organisation make such advancements for the Parliament.”

The former Keith Mitchell-led NNP regime had angered farmers in the manner in which it was pushing the issues of Merger and Liberalisation.

During the onset of the coronavirus pandemic two years ago, the government drafted legislation to form a new company to take charge of the cocoa and nutmeg industry with the Minister of Agriculture given sweeping powers to select all the members to serve on the Board of Directors for the new entity.

The bill also gave the minister the power to grant licenses to persons and companies for the export of the two commodities.

An angry Prime Minister Dr. Keith Mitchell retaliated by withholding a promise made to GCNA to facilitate a loan of EC$1 million to help the cash-strapped organisation.

Chief Magistrate Teddy St Louis was appointed to head a 6-member committee to chart the course forward on merger and liberalisation of the industry.

The move by the NNP regime came against the backdrop of reports coming out of GCNA that U.S trained lawyer, Olinga Mitchell, the son of then Prime Minister Dr. Keith Mitchell, is known to have an interest in the liberalisation of the industry.

The young Mitchell is part of a company known as Chimera Holdings which was set up to purchase and sell Grenadian nutmegs and spices in Europe.

The company is believed to have gone into liquidation around February 2020 and still owes GCNA EC$144, 000.00 for nutmegs delivered to it.