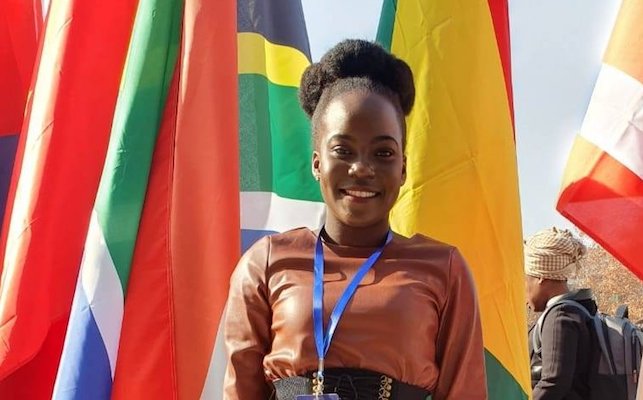 Kerryne James - the young Senator will no longer continue in Parliament

National Democratic Congress (NDC) member, Senator Kerryne James who originally agreed to accept an appointment to remain in the Upper House of Parliament under newly appointed Opposition Leader Tobias Clement has pulled out.

A spokesman for Clement told THE NEW TODAY that James wrote to Clement on Wednesday informing him that she is no longer prepared to serve in the Senate.

The female Congress member from St. John was one of two persons whose names were submitted last week to Governor General Dame Cecile La Grenade to be issued with instruments of appointments to serve in the Grenada Legislature.

The official disclosed that the Opposition Leader has already contacted a farmer from the St. Andrew area who has agreed to replace James.

“It is a good thing that this happened now and not after the GG (Governor General) would have held the ceremony to give the instrument of appointment,” he said.

“The young lady sat down with us, agreed to accept the invitation and now has written to Clement telling him that she will no longer go forward. She has not been answering the phone when he called her”, he added.

Calls made by THE NEW TODAY to the telephone of Sen. James went unanswered.

Related:  No need to fear in the diaspora

This development is a signal of the growing mistrust between NDC and Clement in recent weeks.

The Opposition Leader is believed to have upset Congress members with an interview given to a local journalist in recent days in which he was quoted as saying that he doubted NDC would ever be able to defeat Prime Minister Dr. Keith Mitchell and the ruling New National Party (NNP) at the polls.

Clement has also shut out NDC from the weekly one hour radio time allotted to the Opposition every Tuesday on the Grenada Broadcasting Network (GBN).

Within days of becoming Opposition Leader, a high-powered delegation from Congress had met with Clement to discuss issues including allowing the party to have at least one of its members serve in the Senate.

Clement who was elected on a ticket of the NNP to win the St. George North-east constituency quit the party about six months ago citing differences with its Political Leader, Prime Minister Mitchell.