A move is on by the Keith Mitchell-led New National Party (NNP) government to force the Grenada Union of Teachers (GUT) to drop a case brought against the State for the docking of teachers’ salaries just over a year ago following industrial action.

THE NEW TODAY newspaper has obtained the copy of a draft agreement following secret talks between union and government officials to strike a deal on the issue in which teachers are still engaged in work to rule on their demands for 25% pension payment.

As part of the agreement, the government is demanding that “GUT will secure the withdrawal and discontinuance of the High Court Claim No. 35 of 2019, Donna Lusan v The AG of Grenada and the PSC and the pending appeal which arose from it. Government’s obligation to make any payment under this Agreement will not arise unless GUT has provided the Government with a copy of the filed notice of withdrawal and discontinuance”.

This newspaper has not been able to reach the new GUT President Marvin Andall for comment on the agreement.

However, a source close to the union said that the entre GUT executive is not aware of these “secret talks” taking place with the Mitchell-led administration.

As a public service, THE NEW TODAY reproduces in full the Draft Agreement in which the sticking point is said to be government’s insistence that the union withdraws the Lusan court case: 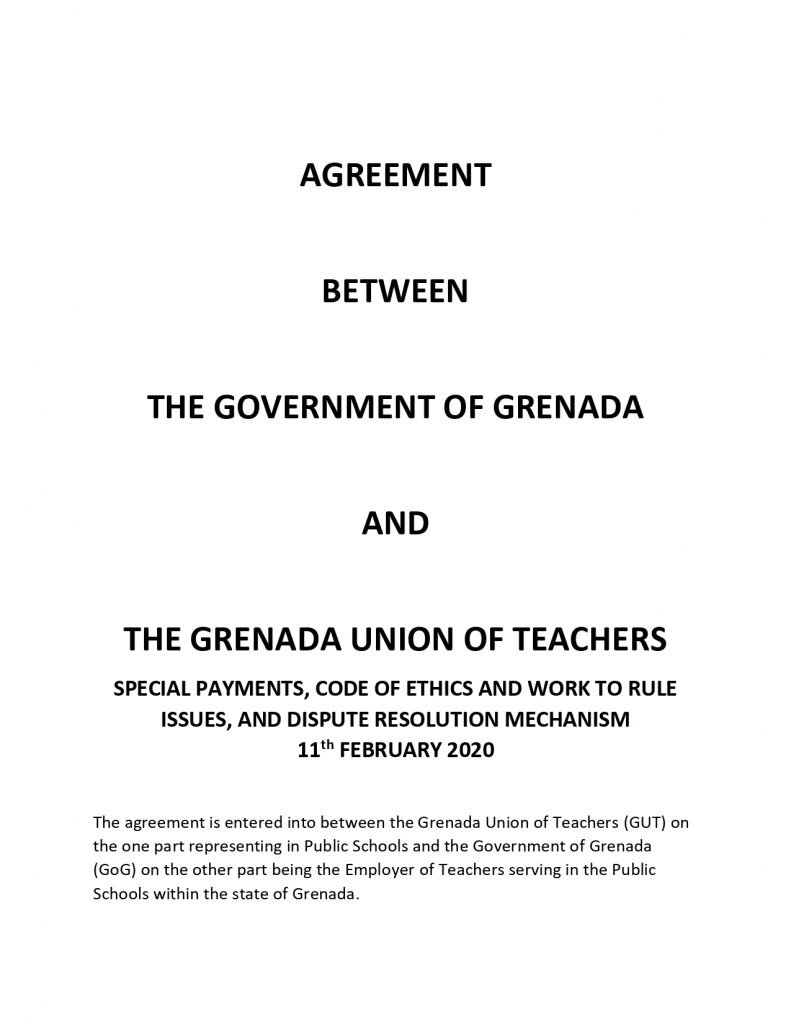 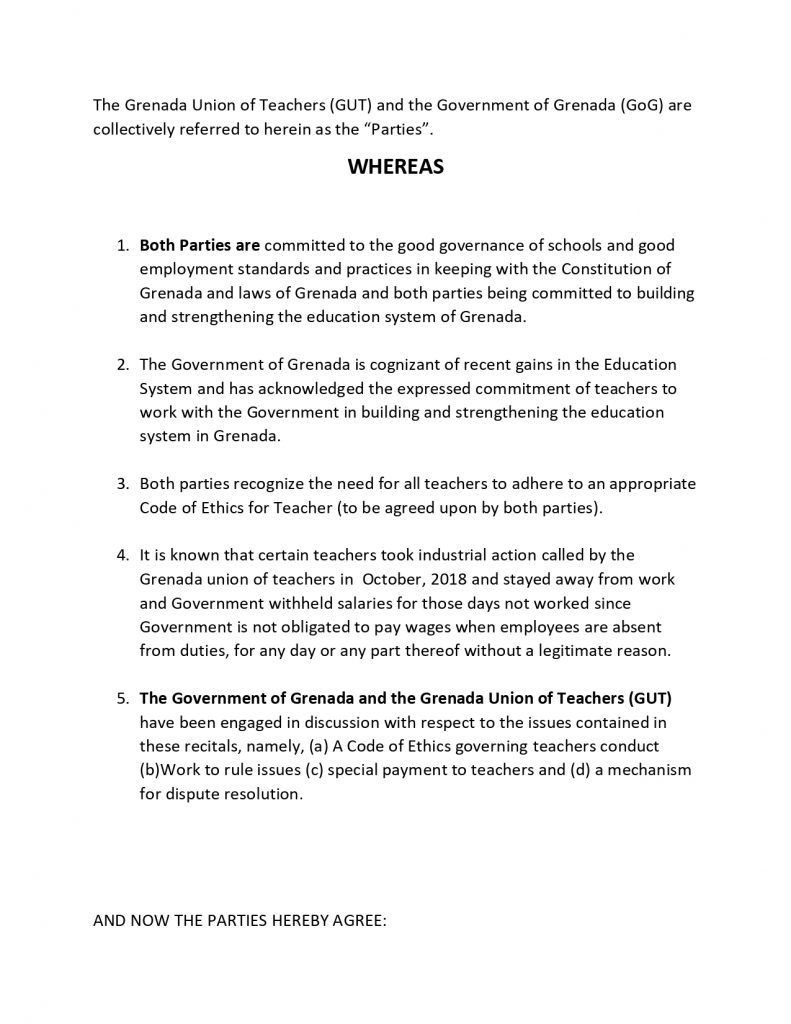 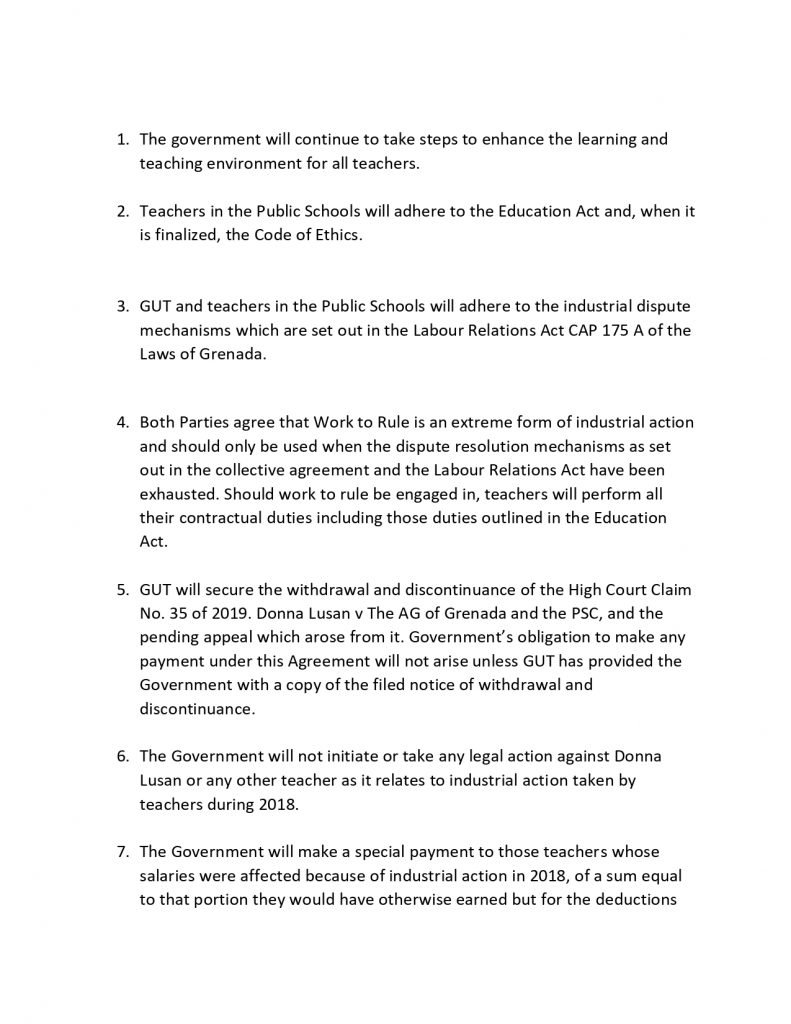 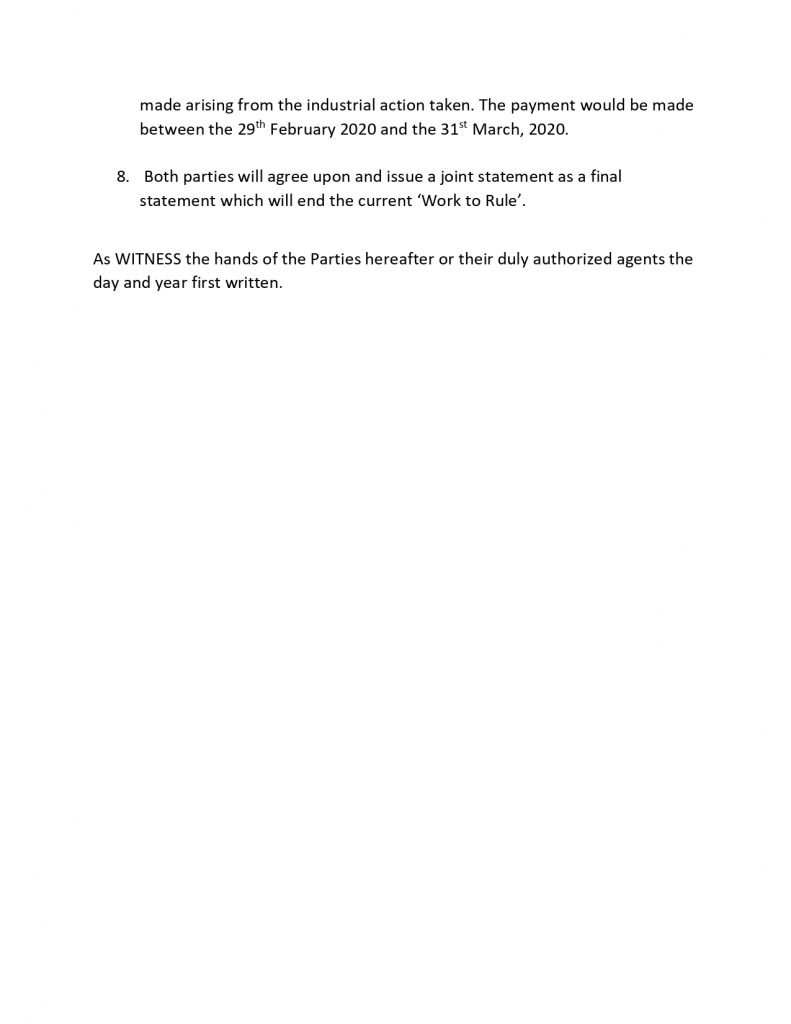