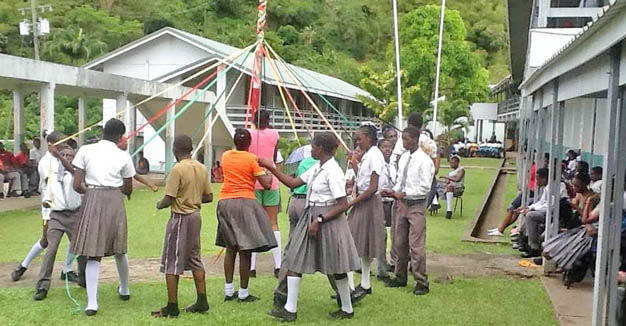 Details are emerging about a former school principal in Grenada who armed himself with a baseball bat and a cutlass on the compound to protect himself against some parents.

A well-placed source who is familiar with the issue told THE NEW TODAY that the ex-principal told him that he brought the bat and cutlass to school as a form of protection against unruly children and their parents.

The matter came to light publicly following the release into the public domain of video footage two weeks ago which showed a schoolboy engaged in a physical confrontation with a member of the Royal Grenada Police Force (RGPF).

According to the source, the ex-principal indicated that he is seeing before his eyes what is happening in the society in terms of the breakdown and he does not want anything to happen to him like school children and their parents attacking him.

When questioned about the baseball bat and cutlass in his office, the school principal quickly replied: “That is to defend myself. I see what’s going on – mother comes in (the school) and grab the teacher and I have to get in the middle. Well she (the mother) ain’t grabbing me, as she attempts I know where to find it (the baseball bat and cutlass).”

After viewing the video, the official said he kept wondering how this incident could have happened in Grenada which is supposed to be a civilised society.

He lamented that Grenada is running the risk of being taken over by what he called “these criminals” who are now trying to gain prominence in the society.

Over the years, there have been several skirmishes in schools with parents storming onto the compound to confront principals and teachers on behalf of their children.

In the recent incident, the school boy was arrested and charged by the police with a number of offenses including assault on a police officer.