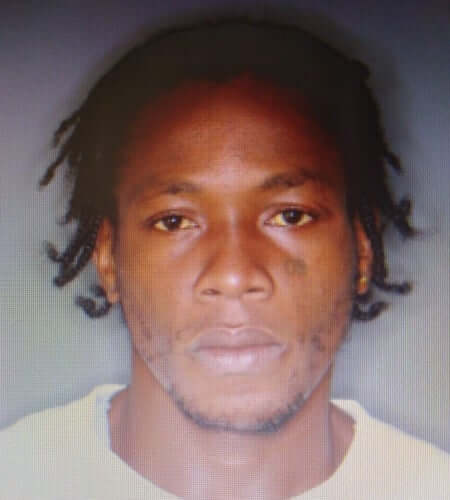 34-year old Kenney ‘Scare Dem’ Alexander of Victoria, St. Mark who was arrested and charged in connection with the stabbing death of Jason Ganness, 35, of the same village, during the early morning curfew hours last week Saturday, has been remanded to the Richmond Hill Prison until August 18.

The murder suspect was apprehended by law enforcement officers some hours after the fatal stabbing on the western side of the island.

Alexander was unrepresented when he was brought before Magistrate Francine Foster at the Victoria Magistrate’s Court on Wednesday to face charges of Non-Capital Murder, Attempted Murder, and Wounding.

It is not clear what started the confrontation that resulted in the death of the St. Mark youngster, and left two (2) of his siblings, a brother and a sister, nursing stab wounds to their bodies.

However, reports are that Ganness, was stabbed during a physical altercation among a group of persons, following a clash between the deceased and his alleged killer.

Additionally, a 21-year-old fisherman identified as Rick Julien of Coast Guard, St. Mark, was also charged for Wounding, in relation to the same incident.

Julien, also appeared before the Victoria Magistrate’s Court on Wednesday, where he was granted bail in the sum of $7, 500.00, with one (1) surety, and is scheduled to reappear in court on September 9.

Days before Ganness was killed, the Community Relations Department (CRD) of the Royal Grenada Police Force (RGPF) had issued a wanted man bulletin for ‘Scare Dem’, who was wanted by criminal investigators attached to the Gouyave Police Station in connection with an unrelated matter.

‘Scare Dem’ is also facing a charge of Grevious Harm in connection with an alleged incident that occurred in Gun Battle in Gouyave, St. John, on July 17.

The murder of Ganness brings to three (3), the number of homicides recorded this year so far.

Lindy Skinner-Morain, 38, of Jean Anglais, became the island’s first homicide in June after being reportedly stabbed multiple times by 33-year old Carlvin Frank of Springs, St. George’s in what has been described as a domestic dispute.

The second homicide was recorded on July 18 when a man identified as “Trigger” died after being shot by the police who went to Richmond Hill to investigate an incident in which the deceased had delivered several chop wounds to Ron James, described as his brother-in-law.