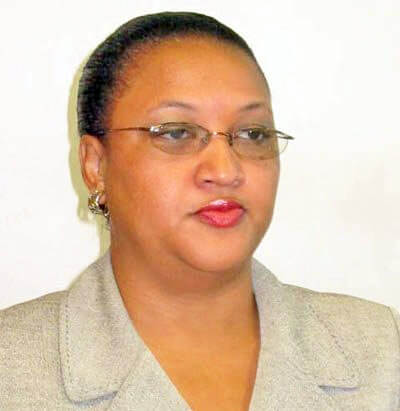 First of all, permit me to thank the Commission for its most gracious invitation extended to me to attend its recently concluded Virtual Centre of Excellence Senior Leadership and Management Regional Training Programme, sponsored by the Commonwealth Secretariat.

Congratulations!  It was a well scripted and choreographed performance and I became privy to some amazing, even startling information.  I am so pleased that, courtesy the Commission’s invitation, I was able to hear these pronouncements “straight from the horse’s mouth”!

Among those particularly pertinent references for me were the following:-

It was such “heavy stuff” that sometimes I felt as though “I can’t breathe”!!   I particularly look forward to more information about Grenada’s “anti-corruption best practices” and application as well as the Code of Conduct pertaining to “conflict of interests”.

I also noted the recommendation/suggestion from the Commonwealth Secretariat’s Adviser and Head of Public Sector Governance, Dr. Roger Koranteng, for meaningful engagement of civil society.  As a citizen and member of various collectives, I look forward to seeing the Commission’s plans and actions on more meaningful engagement and partnership and I look forward to playing my part.

I was absolutely knocked over by the reference to the application of a Code of Conduct in addressing the issue of conflict of interest.  Permit me to remind the Commission of the concerns raised by the Grouping of Civil Society Statement in 2014 re “conflict of interests” and its reference to the Code of Conduct Schedule which is part of the Integrity in Public Life Act.  One can look at that statement in the context of a number of developments since then.

I take this opportunity to follow-up on the above-referenced letter addressed to the Commission  on a number of concerns  re matters that, in my opinion, constituted conflict of interests:-

The letter also sought clarification on the relationship between the Integrity Commission and Grenada’s Ambassadors. Of particular interest was Grenada’s Ambassador to the Russian Federation, H.E. Oleg Firer.  Observations were that “The boundaries in respect of his official role and the public interests vis-à-vis what appears to be full time pursuits of varied private interests are uncomfortably opaque”.

The following roles and positions held by Grenada’s Ambassador to the Russian Federation are interesting:-

Among the objectives identified by the ECBA are the following:-

The presentations delivered at the training which  referenced the  block chain the technology emphasized the role that blockchain technology was expected to play in:_

I look forward to hearing from the Commission soonest in respect of the queries raised re conflict of interests concerns and request for information in my letter of June 12th.

Thank you for the opportunity, Commissioners to write to you on these matters and permit me to reiterate my appreciation  for the invitation to attend the regional training  put on by the Commission’s Centre of Excellence.