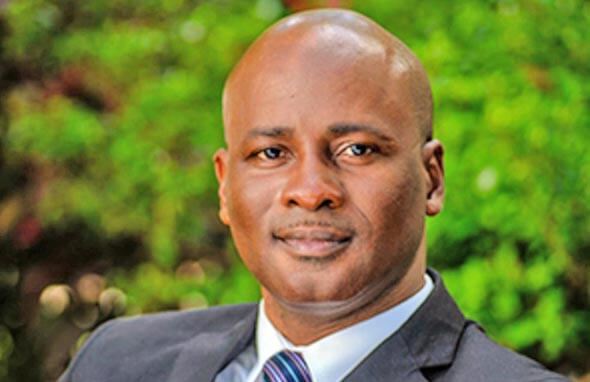 The controversial issue of the Possessory Title Act in which some persons lay claim to title of land for being in possession of the plot for a specified period in time has been subjected to a court ruling involving two different parties.

THE NEW TODAY is aware that some persons have been trying to use the act to get possession of land under the guise of being in possession of it undisturbed for a period of 12 years.

A Grenada high court judge has handed down the following ruling in a recent case brought before him.

Contentions of Applicant
[1] The Applicant (Mr. Edwards) contends that he has been in possession of the land Gouyave Estate in the parish of Saint John in excess of sixty years. He states that the land was previously occupied by Maud Rush who died approximately fifty years ago. He asserts that he knew her well and assisted her in taking care of the land. After she died, he continued to maintain and take care of the land without any interference from anyone. Mr. Edwards’ assertions are supported by the affidavit evidence of Desmond Elias and Dothica Elias both of Gouyave Estate in Saint John.

(b) He has been in physical possession of the land in excess of 60 years.

(c) The land was previously occupied by one Maud Rush who died about 50 years ago. While Maud was alive, he assisted her with maintaining the land. He continued to do so after her death.

(d) In 1989, he built a chattel house on the land containing two bedrooms.

(e) He added water and electricity services to the land.

(f) He continues to reside in the chattel house up to present.

(g) His children and grandchildren resided with him in the chattel house. However, he now resides on the land by himself.

(h) He has cultivated crops such as corn, peas and mango on the land for use in his household.

(i) He has lived on the land without accounting to or recognising anyone as having a claim or interest to it. No one has approached him or written to him claiming an interest in the land.

Opposition to the Applicant
[3] On 28th January 2020, Josephine Rush, a native of the island of Trinidad and Tobago and the widow of one Ivan Rush filed an affidavit in opposition to the application. Mrs. Rush states that:

(a) She is 84 years old. During his lifetime, her husband told her, and she verily believed that his parents owned lands in Grenada. After their deaths in the 1970s, her husband showed her copies of their wills wherein they left certain properties to him.

(b) Mr. Ivan Rush travelled to Grenada occasionally to visit his relatives.

When she inquired about the lands left to him by his parents, her husband would inform her that his mother left Mr. Edwards to take care of the land.

(c) Her late husband honoured the wishes of his parents to allow Mr. Edwards to live on the land.

(d) Mr. Edwards is a licensee and nothing more. Mrs. Rush denies his claim of exclusive possession of the land. She and her family had no problem allowing Mr. Edwards to remain on the land as licensee but they oppose his application to be granted title by possession.

[4] On 28th January 2020, one Catherine Munro filed an affidavit in opposition to the application and in support of the affidavit of Josephine Rosy Rush. Her affidavit states that:

(a) She knows the applicant, Mr. Edwards.

(b) She is the daughter of one Muriel Farrier who died in the year 1991.

(c) Her grandparents Lionel and Maud Rush were the owners of different properties in Gouvaye, St. Johns. They had 6 children and Muriel was one of those children.

(d) Mr. Edwards was the loyal groundsman employed by her grandparents.

(e) The grandparents both left wills in which they left certain properties to be shared by their children.

(f) Her grandmother Maud left instructions to allow Mr. Edwards to remain on the spot where he occupied for as long as he wished because of his long and devoted service.

(g) The land in question was willed to her grandparents’ child Ivan Rush.

(h) Ivan died in Trinidad in or about 1997 and is survived by his wife, Rosy.

(i) The family was always kind to Mr. Edwards and never wished to put him off the land.

(a) She is the legal representative of the estate of Maud Rush (“the deceased”) and the subject land in issue belongs to her estate.

(c) The applicant, Mr. Edwards was a caretaker of the deceased lands and was allowed to live and take care of the land by her uncle, the late Ivan Rush.

(d) Mr. Edwards knew that he was a caretaker for the land and could only erect a chattel house on same and live there for his lifetime.

(e) She states that despite her living in the United States of America she visits Grenada regularly, sometimes twice per year.

(f) Whenever she or the other beneficiaries visit Mr. Edwards, he acknowledges them and states that he is taking care of the land for them.

(g) There was no written agreement for Mr. Edwards to live on the land, but she avers that her grandmother, mother and her uncles all honoured the agreement.

(h) The entire land belongs to the estate of Maud Rush and there has been no other owner/occupier of the land, save for Mr. Edwards who remains there with permission. The land in issue was devised to deceased’s son, Ivan Rush, who is also her uncle.

Issue
(7) Has the applicant established his claim or has the opposers established a superior claim?

Analysis and ruling
[8] None of the parties in this case relies on evidence of documentary title. It would seem to me that, in the absence of a paper title, the court is left to decide which side has presented better evidence of title by way of possession in accordance with section 3 of the Possessory Titles Act, No. 22 of 2016. Mr. Edwards has asked the court to accept his evidence of actual, factual and exclusive possession of the land. Ms. Munro, in opposition and in her own claim for title, relies on the assertion that the deceased, her grandmother Maud Rush is the rightful owner of the land. Mrs. Josephine Rush relies on the estate of her late husband as the rightful owner of the land. However, neither Ms. Munro nor Mrs. Rush have shown that any of their fore bearers have ever been in factual possession of the land. In this regard, there is no evidence that the forebearers performed any acts of ownership in relation to the property. On the other hand, Mr. Edwards has asserted his factual and exclusive possession of the land for over sixty years. He alleges acts of ownership and possession of cultivation of crops, building of chattel house for use as his dwelling house since the year 1989. There is no evidence that anyone challenged Mr. Edwards’ occupation of the land at any time. The only assertion to the opposers’ ownership is a devise under a will of the land of land from the deceased Lionel and Maude Rush to Ivan Rush.

[9] There is also the bland statement that Mr. Edwards has acknowledged the title of the opposers’ forebears and that he has accepted that he was given a licence to occupy the land for the term of his natural life. In my view these simple assertions without more, do not carry matters very far. In any event, even if Mr. Edwards was granted a licence to occupy, if that licence was not a licence to remain, the licence would have been revoked by the death of Maud Rush and/or Ivan Rush to whom the land was devised by Maud. Equally, other than the words of the opposers themselves, there is no evidence that Mr. Edwards acknowledged the title of anyone else besides Maud. It is now accepted legal posture that the Possessory Titles Act, No 22 of 2016 requires factual possession as owner with the intention to possess the same as owner. Other than the assertion that Mr. Edwards has acknowledged that he is a licensee, there is no evidence to contradict Mr. Edwards’ evidence that he was in factual ownership of this land as owner with the intention to so do. Mr. Edwards’ application is therefore granted and the opposition is refused with no order as to costs.