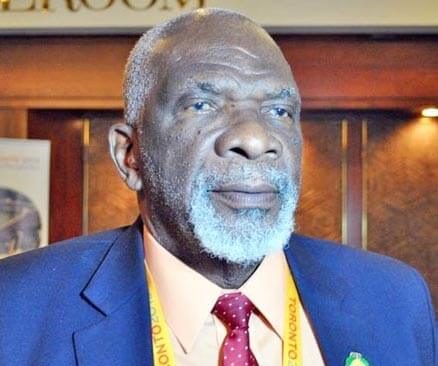 The friction between two warring factions within the Grenada Olympic Committee (GOC) appears to be widening.

One side is led by the ageing Royston LaHee who has been at the helm of the body for the past 38 years and the other is spearheaded by former secondary school teacher, Ralph Lord.

The LaHee group includes the likes of former Permanent Secretary for Sports, Veda Bruno-Victor who is the current General Secretary of GOC, as well as veterans Charlie George and Kingsley Ashby.

Lord is at the helm of an investigation team spearheaded by the Finance Committee to look into the unaccounted sum of EC$440, 000.00 which the local Olympic body received from Olympic Solidarity (OS), an arm of the International Olympic Committee (IOC) to help develop sports on the island.

Five of the nine members serving on the Executive body of GOC have resigned in the wake of the failure of President La Hee and his associates to inform them about demands made by OS for the money to be repaid for failing to account for its spending.

Lord and the Finance Committee members were mandated by the Council, the highest decision-making body in GOC, to look into the matter and to report back to them within a 6-week period.

THE NEW TODAY has obtained a document in which Lord is complaining that his group is experiencing difficulties in getting use of the GOC headquarters building at
Morne Rouge in the south of the island to convene a council meeting to brief members on the findings.

According to the document, the LaHee faction is asking for the report to be submitted to the Executive and is alleging that the Finance Committee has no authority to summon any such meeting.

THE NEW TODAY has also obtained the copy of a letter sent by LaHee to Council members explaining the position adopted by the minority GOC executive body on the issue: 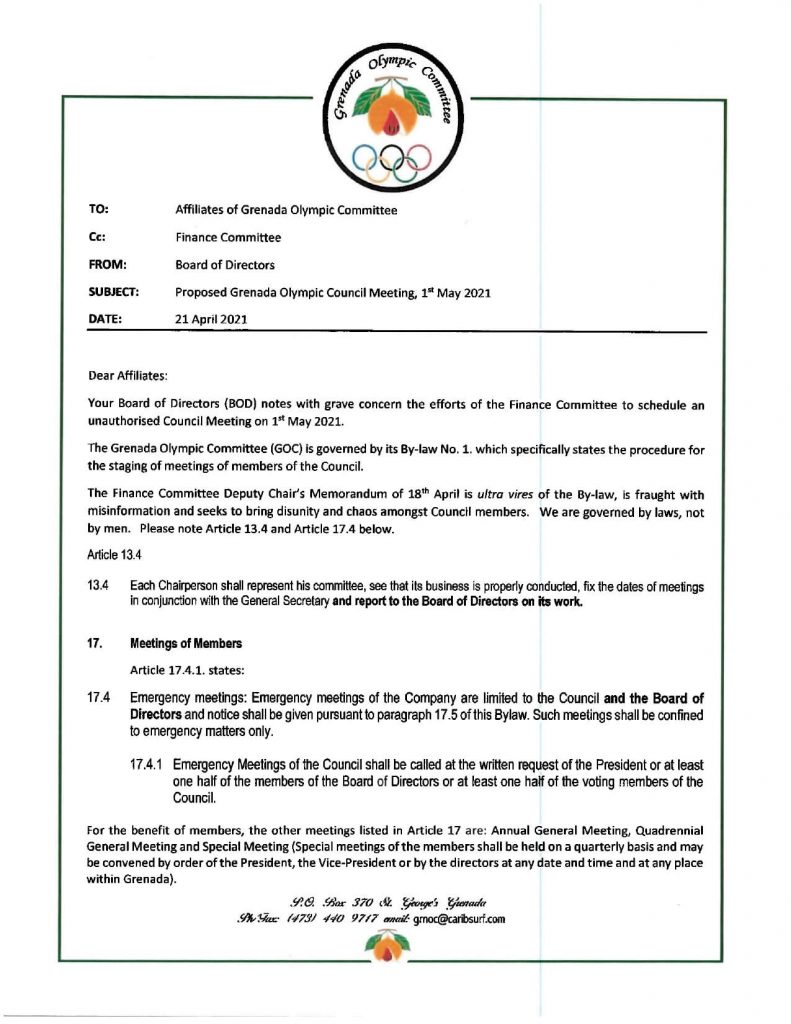 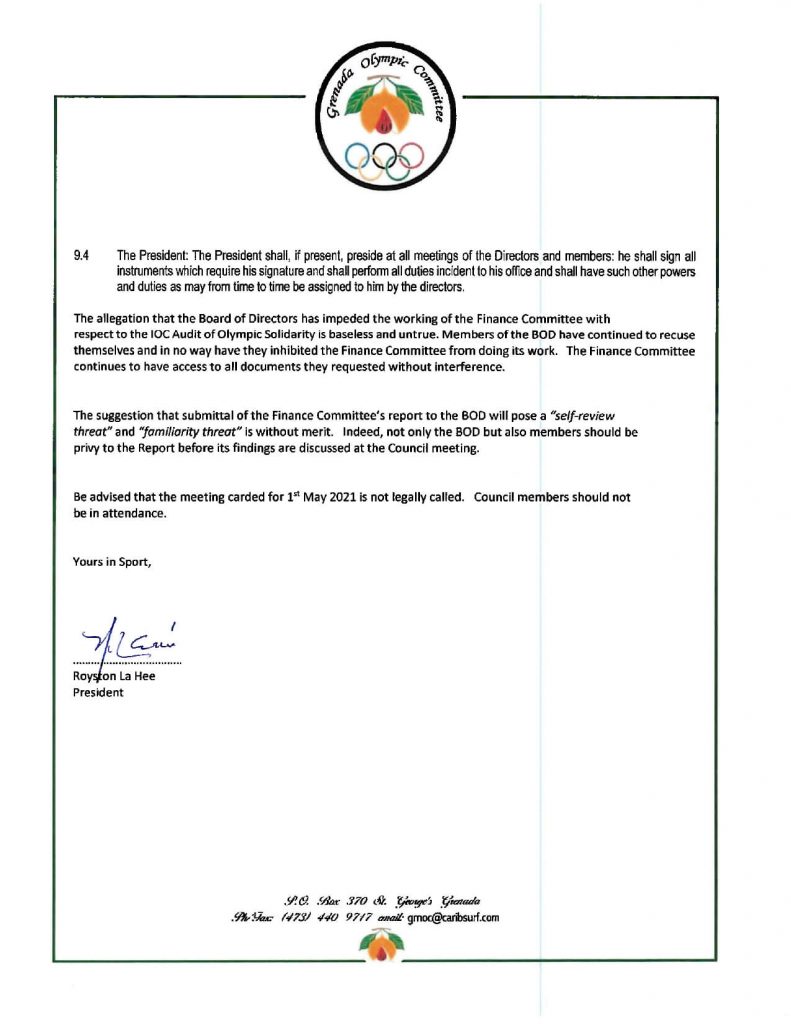