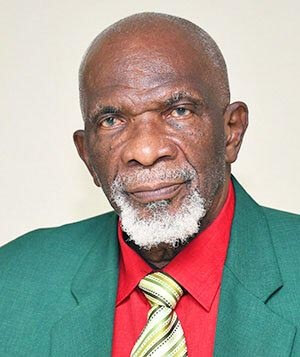 Royston LaHee – looking for another term as GOC President

President of the Grenada Olympic Committee (GOC), Royston LaHee is expected to meet strong resistance over his plan to hold election for a new executive body to control the affairs of the major sporting body after the Tokyo Olympic Games are held in July.

A well-placed source within the organisation told THE NEW TODAY that the elections are held every 4-years in May and it will be unwise for LaHee and his allies to try and change the date given the current situation facing the sporting body.

About five of the nine elected Directors have resigned amidst reports that the committee cannot account for EC$440, 000.00 that was given for the development of sports on the island by Olympic Solidarity (OS), an organ of the International Olympic Committee (IOC).

LaHee and his close associates – 1st Vice-President Charlie George, General Secretary, Veda Bruno-Victor and Treasurer, Kingsley Ashby – managed to survive an attempt made last month to unseat them and to set up an interim body to run the organisation in light of the issue involving the unaccounted for money.

According to the source, several GOC members have a different position to that of the President and want the election to be held around May for the latest to install a new Board of Directors.

He said the Olympic Games were scheduled for 2020 but had to be cancelled and put back one year later due to the coronavirus pandemic which affected the entire world and the local GOC elections were not held.

He pointed out that the postponement of the games should not stop the GOC from holding its own internal elections for the position of President and other executive posts in keeping with the usual month of May and that does not warrant it being pushed back to the latter half of 2021.

The source indicated that in light of the “EC$440, 000.00 issue” many of the members of the committee want to move ahead “with a fresh start” without the likes of LaHee and his so-called clique in charge of the sporting body.

“Why would you want to change it? I will be shocked if that kind of foolishness is brought forward (about pushing back the election to later in the year),” he said.

The source told THE NEW TODAY that it will be difficult at this stage for LaHee and those aligned to him to get the nod of many of the associations that make up the GOC to stay in charge of its affairs.

“I think that people will see it (the election) as a period to make a new start,” he said.

In addition, he said that many persons serving on the local Olympic body believe that 38 years of unbroken service by the 78-year old President “is a long time” for one man to be at the helm of the organisation and it is now time for change in leadership.

He noted that during that time LaHee has gone to every Olympic Games and has not given anyone else a chance to attend the event.

He said he would be surprised that LaHee would seek re-election and might just be joking with the idea.

“I don’t see him running. I don’t think that Royston will run – I think that Royston is just joking,” he remarked, adding that holding high office in sporting bodies has a cycle of its own and that one’s usefulness “is for a period of time.”

The GOC member said he gets the sense that a lot of people on the committee believe that the time has come “to look ahead” and not to go forward any longer under the leadership of LaHee and his team.

He disclosed that LaHee and those who were already selected as officials for the Tokyo Olympic Games will still be going as no change can be made to the team at this moment.

He said that a year ago, the team that is going visited Japan and was told what was expected of them and despite the $440, 000.00 issue, the LaHee team of officials have already been selected and must remain on the delegation.

The source stated that the next Olympic Games will be in Paris and GOC will soon have to start identifying the people from Grenada to go to the games as officials as soon as the local body holds its own internal election.

He said the names from Grenada will have to be submitted about a year and a half to two years before the Paris Games for ratification and security clearance from the IOC.

LaHee is said to be getting strong opposition from a rival group within GOC that is led by representative of the Volleyball association, Ralph Lord who is heading a Finance Committee that is probing into the financial affairs of the body.