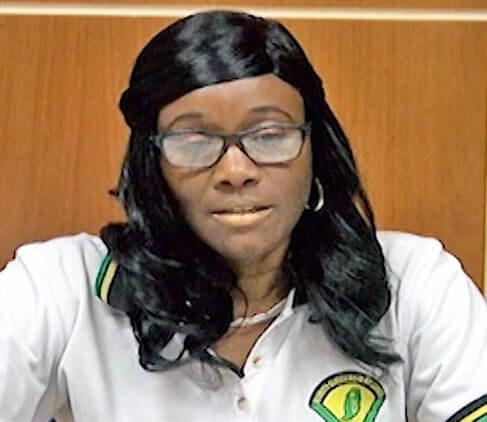 The Public Workers Union (PWU) has expressed concern over the occupational safety and health of workers at government workplaces especially during this Covid-19 pandemic period.

Roberts told THE NEW TODAY that a government-approved team did an inspection of working conditions at several ministries and departments and found that several of them were in atrocious conditions and operating in violation of the proper occupational health and safety environment for workers.

“We would want to see an improvement in that across the public service,” she said.

According to Roberts, the team which handed in its findings to the Keith Mitchell-led government did make a call to the administration to fix the problems “and we were heartened, very delighted to see some areas that were addressed”.

She pointed to quick action on the part of government in some areas like the Finance section within the Ministry of Education but there are a number of places that need urgent attention in terms of bringing them in line with Covid-19 protocols.

She lamented the fact that there are deficiencies in many of the workplaces especially when it came to workers being able to engage in proper Social Distancing to protect themselves especially when members of the public visit the offices to do business and the virus can easily be transmitted to them.

Roberts called for measures to be put in place “to protect them, to ensure that they have the necessary PPE and environment to work especially our frontline workers like healthcare workers”.

She pointed in particular to the Laboratory at the St. George’s General Hospital where testing is done by workers on persons for the coronavirus.

She said that those public officers in the lab “are operating under very, very dilapidated conditions.”

“The Laboratory is really atrocious. The workers are operating under conditions that are not acceptable to occupational health and safety,” she added.

“We have been calling on government to move the officers out of this area into a much healthier environment because one of the things that we found in that environment some months ago was that there could have been mold in the environment and officers had to breathe this thing in.

Roberts went on: “…We know the health risk that could happen as a result of persons having to breathe in mold … and we would really like our government to address this issue in all our labs…”

The female PWU boss also called out the Government Laundry at Queen’s Park in St. George as a place that is not healthy for workers.

She said: “The laundry is atrocious. If we go and pull our members out from the laundry we are in our rights because that place is violating the standards for occupational health and safety.”

Roberts noted that the laundry is a critical place since all the linens for the General Hospital are cleaned there, as well as for handling linen from those places used by government as state-run quarantine facilities.

She told THE NEW TODAY that workers at the laundry who are members of PWU are not being treated fairly at the workplace and in some cases are being bullied.

“We are very concerned,” she said.