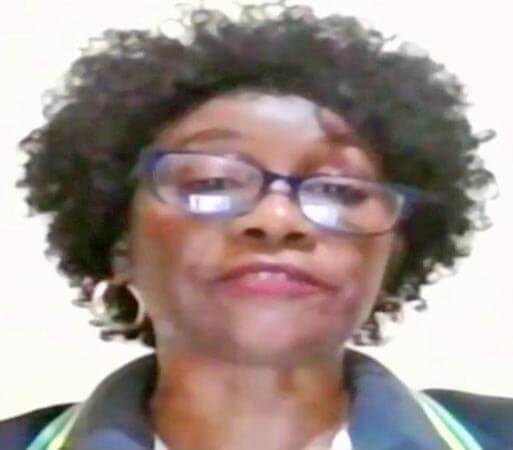 Rachael Roberts – nurses will continue to leave the system

President of the Public Workers Union (PWU), Rachael Roberts has said that the advent of Covid-19 in Grenada has helped to slow down the mass exodus of qualified nurses from the island to better paying jobs overseas.

In an exclusive interview with THE NEW TODAY, Roberts said that the pandemic which reached the island’s shores in March stopped the flow of nurses exiting the local healthcare system to other First World Developed countries.

“If it was not for this Covid-19 virus, we would have lost a number of our trained, qualified nurses to other countries,” she said.

According to Roberts, once Covid-19 is no longer around the island can brace itself for the continued exodus of a number of its nurses.

“I can guarantee you that there will be an exodus of nurses and the backbone of our healthcare system will be in dire trouble and it will be the citizens of this country that will suffer because we will not have the human resource to take care of us when we go to the hospitals and to visit any health facility,” she said.

Over 90 qualified nurses in Grenada have left in the past year to take up job offers mainly in the United Kingdom.

Roberts said that nurses in Grenada are working very hard and can be considered as “committed workers” but government is failing them and urgently needs to look into the appointment of these persons on a permanent basis in the public service.

“We know that we lost a number of them because they were not appointed and their salaries were so meagre that they had to go to greener pastures,” she said.

“Government really needs to become serious about the healthcare system in our country and do what is right, do what is just, do what the law says to take care of workers, to take care of the environment and the conditions under which these persons are working so that they can be comfortable and motivated to give the kind of quality service that they are capable of doing,” she added.

Roberts pointed out that the plight of doctors within the government service is just as bad.

She said: “Our doctors are working magic every day because they are working with very limited resources. Sometimes they have to push their hands in their pockets to assist patients. So we are begging our employer to please come up to speed.”

According to Roberts, some of the things that the government are spending on as a priority to them, they should instead “use it as a priority for us the citizens of Grenada within the healthcare facilities”.

“Our healthcare facilities could be better but government just need to prioritise this. We just need to put the relevant resources in place,” she said.

The female PWU boss also took issue with the working conditions of healthcare workers and pointed to the Laboratory at the St. George’s General Hospital which she described as “very atrocious”.

Roberts also highlighted the plight of a qualified nurse at the lab at the hospital that deals with Pap Smears for women.

She said it is “very heart-breaking” to know that the nurse who is the only officer in the Department who is qualified to read Pap Smears is still without a permanent appointment from the Public Service Commission (PSC) as an established worker in the service.

“…This officer can take up her bag and leave the Government of Grenada any day and women in Grenada will be the ones suffering”.

The Keith Mitchell-led government has often cited the lack of financial resources to regularise the number of persons working in the public service without appointment letters from the PSC.

Within recent years, the administration has been hiring persons to work in the service mainly on contracts.

The PWU has slammed this as an attempt by government to undermine the union and said that contract workers are running into problems in getting loans from banks and other financial institutions due to the fact that they have no permanency in the system.