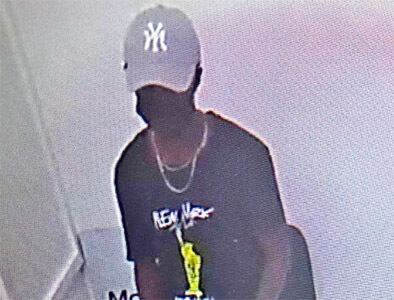 Police in Grenada are on the hunt for a man dressed in black who staged a daylight robbery Monday at MoneyGram inside the Foodland supermarket building in the heart of the city.

A police source said that lawmen received a call informing them that a male person with a hat on his head and his face covered with a Covid-19 black mask came into the business premises and ordered the staff to pass the money as he had a gun with him.

Video footages later obtained by THE NEW TODAY showed the suspect picking up stacks of money and putting them into a bag before making his getaway.

The individual was heard in the video instructing workers not to say anything as he picked up the money.

There are also unconfirmed reports that robbers broke into two business places on Thursday and Friday night in the city.

Over the years, the Royal Grenada Police Force (RGPF) is known to have beefed up security on the island a few weeks before the Christmas holiday in order to deal with potential unlawful activities especially by robbers.

It is not clear whether the Police Force has unveiled the annual programme to protect businesses and shoppers during the Christmas holiday period.