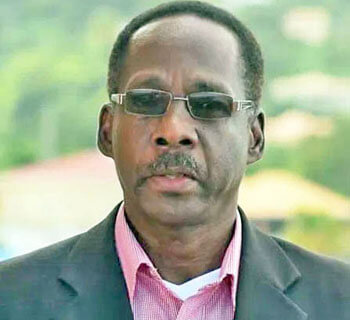 Anthony Boatswain – the former Minister of Finance and Education

The newly appointed Chairman of government’s COVID-19 sub-committee, Economist Anthony Boatswain has cited the need for “rigorous” vaccine education to target the “poor and vulnerable rural residents” who are identified as those at the “highest risk” in coming in contact with the deadly coronavirus.

Addressing the controversial issue of vaccination during a special sitting of the Lower House of Parliament in St. George’s on Tuesday, Boatswain, a former Minister of Finance and Education, expressed concern that data from the Ministry of Health shows that the “poor and vulnerable individuals residing in rural communities” make up the “majority of the unvaccinated population.”

To date, just over 31, 000 persons are fully vaccinated of which 80%”Boatswain revealed belong to “the middle and upper class in society,” while about 7000 are yet to receive the second dose of the Covid-19 vaccine.

The Member of Parliament for St. Patrick West, who was at the time contributing to the amended motion to extend the State of Emergency (SOE), moved by the Leader of Government Business in the House of Representatives, current Finance Minister Gregory Bowen.

According to Boatswain, the fully vaccinated figure “is still significantly below the level that should allow us to become comfortable and complacent” and pointed to the “international benchmark of about 70% to 80% to achieve herd immunity.”

He disclosed that from the 198 deaths recorded in Grenada since the onset of the coronavirus in March 2020 “97% of those who died were not vaccinated”.

“The majority of people who have died, and who will die come from rural areas, and come from the poor and vulnerable class in society,” he said.

He suggested that because “these people are vulnerable to all kinds of anti-vaccine propaganda…we have to counter that”.

“It means therefore that the focus must be on increasing vaccination uptake because it has been proven that this is the most effective weapon,” he said in order to achieve “what we call the new normal….”

“….It means Mr. Speaker that we have to look at certain educational programmes to reach those people because they are the most vulnerable ones…and I am hoping that in moving forward with the State of Emergency, we do have a more rigorous education programme to reach the poor and vulnerable rural residents because they are the ones who are at the highest risk…,” he told the Lower House.

He stressed that “how long the state of emergency will exist or how often it will be extended will depend entirely on us, the citizens of this country,” as the MP called for the Ministry of Health to continue as well as intensify its community outreach programme.

“The programme has to be intensified and it has to be more on a house to house method in all the different villages…we have to be out there one-on-one with our people, we cannot take a one-shot hit all approach.

“We have to be more selective and I am pretty sure that if we take a selective approach in our educational programmes we can have many more of our citizens being vaccinated.

The ex-government minister expressed the view that in addition to having a “well-structured and well-directed educational programme” there is a dire need to also “strengthen the health infrastructure in the rural communities.”

“When I think of what happened at the Hilarion Home in Sauteurs, it hurts me a lot Mr. Speaker – 14 of our senior citizens died because the appropriate measures were not in place to afford them that level of protection,” he said.

Prime Minister Dr. Keith Mitchell who alluded to the death of “130” senior citizens in his last national address, also commented on the controversial vaccination issue as he stood to support the motion to extend the State of Emergency for another six (6) months.

“It hurts me, and it hurts those of us particularly, those of us who come from communities where poverty was on display. It must make us feel a sense of lack of satisfaction because most of the unvaccinated people are poor and vulnerable people,” PM Mitchell told the Lower House.

The Grenadian leader echoed the disappointment expressed during Tuesday’s special sitting of the Lower House by some of his colleagues on the lack of effort on the part of community leaders to dispel misinformation and encourage vaccination.

“…It’s unfortunate because we have leaders in the society at various levels (and) you are not hearing enough voices, the leaders in all sectors of the business communities, a few are doing it but(not) all of them – their voices must be heard, because if you have a business, the less immunity you have in the country, the less antibodies around, is the less activity there will be in the commercial sector,” he said.

“So, even if you are thinking selfishly, it’s important (for) you to advise your people to do so (get vaccinated), and that goes to all sectors, the Church leaders have to do the same thing because that is our responsibility,” he added.

The current State of Emergency took effect on May 21 and was due to expire on November 20.

However, as the government shifts its focus to striking a balance between co-existing with and managing the pandemic, it decided to extend it for a third time, using Section 17 (5) of the Grenada Constitution of 1973, which provides for it to do so not exceeding six (6) months.

The members of the House of Representatives unanimously supported the motion, which was expected to go before the Upper House of Parliament, the Senate for consideration on Thursday.