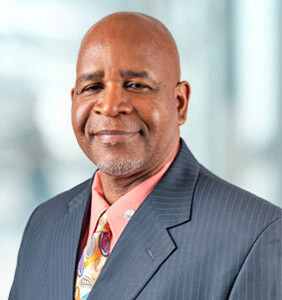 Head of Grenada’s passport selling scheme known as Citizenship By Investment (CBI), Richard Duncan has said that his outfit is in no way involved in reports in the international media about an alleged scandal in which ministers in the former New National Party (NNP) government collected thousands of dollars from the sale of a diplomatic passport from a foreign national.

In addressing the issue at a Town Hall meeting Monday night at the Trade Center in Grand Anse, Prime Minister Dickon Mitchell said that the national from Poland did not receive the diplomatic passport and was pressing for a return of the funds.

In an exclusive interview with THE NEW TODAY, Duncan said that the CBI is involved only in the sale of regular and ordinary citizenship passports and that anything to do with the sale of Diplomatic passports will involve the Office of the Prime Minister in the Botanical Gardens and the Ministry of Foreign Affairs.

“The CBI does not approve or consider applicants for diplomatic passports (and) for those matters you have to go to Botanical Gardens,” he said.

According to Duncan, this issue concerning the sale of diplomatic passports “is not within the compass of our mandate in the law or otherwise even if the person named in the diplomatic passport sale scandal is a CBI agent and he is doing other things.”

He said it appears from the report in the international media that the individual who is linked to government ministers in Grenada in the deal is a sub-agent for the CBI programme.

Under the CBI programme, persons given status as Marketing Agents for Grenada’s CBI have the authority to appoint sub-agents.

Duncan insisted that it is the responsibility of the Marketing agent and not the local CBI office to do the due diligence on persons whom they appoint as sub-agents.

“What the law allows us to do is to vet the agents to make sure that they are good and proper. We also obviously manage their going-ons. There is a weakness obviously in the design in so far as experience will show as far as making sure that the Marketing Agents tie them (the sub-agents) back to the high standards which the Marketing Agents themselves are to be held.”

“As far as I could see in the law, we as the CBI committee do not have that reach beyond the Marketing Agents to look at the sub-agents. To me that’s a weakness in the design of appointments of sub-agents. It’s an improvement that I think will augur well for the integrity of the programme.

The local CBI czar noted that under the construct of the law, the most that they can do is to ask certain questions and to allow the Agents to monitor the sub-agents.

“Right now you don’t have that – the most you can do is ask the Marketing Agents to account (and) who in turn will have to ask the Sub-agent to account,” he remarked.

According to Duncan, based on the article the Antiguan sub-agent who has been fired from the job by his country’s Prime Minister Gaston Brown has done nothing in the name of CBI as he seems to have been working with some ministers of the former NNP government in doing something else.

“He is not working with the CBI unit, he is working with ministers of government. From the article that we have seen, he has not infarcted or infringed anything pertaining to the CBI programme – he has not,” said the local CBI chief.

“If any sub-agent runs afoul of the mandate under the CBI programme of course through the Marketing Agent you will hold that person to account. That mechanism should be in place and should be strengthened,” he added.

In the instant case, Duncan was at pains to point out that the individual (from Antigua) “has not acted as a CBI agent in the scheme that is being talked about” and that is purely a matter for the ministers allegedly involved in the scheme and the Ministry of Foreign Affairs.

“The CBI committee has nothing to do with granting citizenship and issuing Diplomatic passports. Our thing is with respect to ordinary citizens,” he said.

He insisted that the people in the Botanical Gardens are the ones who can give information “on what might have transpired” and not the CBI office.

As far as CBI is concerned, he said that for all intent and purposes, the sacked Antiguan envoy “was not acting in his capacity as a CBI agent because the CBI does not treat with diplomatic passport – we treat with citizenship.”

“In dealing with these applications, there is a rigorous vetting and due diligence process that we go through,” said Duncan.