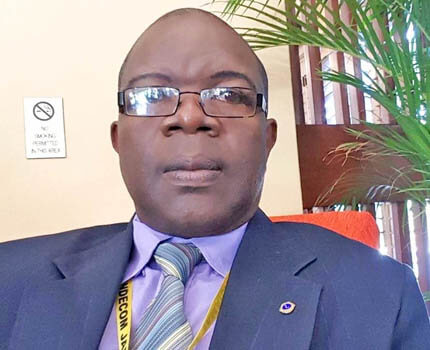 The Royal Grenada Police Force (RGPF) could face a middle-level management crisis within the next year-and-a-half as some of the better performers are due to reach retirement age, according to a top member of the force.

Speaking to THE NEW TODAY this week, the officer said that the High Command is already depleted following the exit of Deputy Commissioner of Police, Frank Redhead on assignment with the Grenada Ports Authority (GPA) and Assistant Commissioner of Police (ACP) Jessmon Prince to head the Transport Board.

Redhead’s position has since been filled by Superintendent of Police, Tafawa Pierre, the head of the Financial Intelligence Unit (FIU).

According to the police insider, a number of vacancies currently exist within the higher echelon of the Police Force but still remain unfilled after several months.

He said that in the latter part of this year and going into early next year, there will be an exodus of officers from the force, especially some Superintendents who are going into retirement.

The high-ranking RGPF member pointed out that most of the officers who will depart are known to be what he described as “the better quality staff or officers.”

“Those who will be left are those who sit down doing nothing much but still getting promotion and not actively involved in trying to develop the institution,” he said.

There are reports that one of the top officers who will exit RGPF in the coming months is Supt Earl Dunbar, the former head of the Criminal Investigation Department (CID).

It is also reported that Deputy Commissioner of Police, Michael Francois is due to reach the retirement age sometime in 2023 along with ACP John Charles.

THE NEW TODAY understands that Commissioner of Police, Edvin Martin has given assurances that he will be engaged in a detailed re-organisation of RGPF within the coming weeks.

The police insider singled out Assistant Superintendent of Police (ASP) Senneth Joseph who is one of the most qualified officers in the force but is constantly overlooked when it comes to promotion.

ASP Joseph is known to have filed a lawsuit against the government and the Public Service Commission (PSC) for non-promotion.

The senior officer is said to be receiving arm’s length treatment by the current political directorate over his role as head of the FIU during the 2008-13 term in office of the National Democratic Congress (NDC) government of Prime Minister Tillman Thomas.

The FIU was known to be spearheading investigations into a controversial payment of EC$1 million from the Russian outfit known as Global Petroleum Group (GPG) as part of an oil and gas agreement signed with a previous Keith Mitchell-led administration.

THE NEW TODAY understands that the investigation had reached the stage where one member of the current government in St George was identified to be charged criminally in connection with the money.

One insider confided that the plan was to take the Minister to the St Paul’s police station for questioning before the charges were laid against him.

There are reports that one of the first acts of the NNP on returning to power following the 2013 general election was to demand the keys for the FIU office from Supt Joseph and to change the lock.

ASP Joseph is said to have left under lock and key in the office of the FIU, files on the Russian oil deal investigation which implicated a senior member of the current administration.