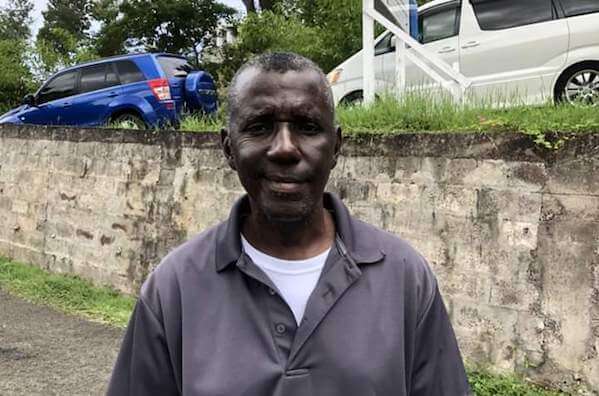 Trade unionist Martin Redhead who was attached to the Technical & Allied Workers Union (TAWU) as a Field Officer has passed away.

Redhead died this morning at the St. George’s General Hospital where he was admitted last week after a brief illness.

The late Redhead worked for many years as a Technical Engineer at the Grenada Broadcasting Network (GBN).

He was also deeply involved with the 1979-83 Grenada Revolution and supported executed Prime Minister Maurice Bishop in the bitter internal struggle within the New Jewel Movement (NJM) for control of the revolutionary process.

Redhead was among persons who stormed into Bishop’s home at Mt. Wheldale on October 19, 1983 and helped to free him from house arrest by a radical faction of the party that had seized control of the NJM-led People’s Revolutionary Government (PRG).

He told a reporter back then that one of the 17 former government and army officials implicated for the murder of the late Prime Minister, had fired several bullets from an automatic gun into the trees to keep away the crowd that broke through the tight security on the compound to rescue Bishop.

According to Redhead, when he and the others were leaving the residence with the then Grenadian leader, he heard the same top army officer shouting in a threatening tone toward Bishop.

“I heard him saying to Comrade Bish that you get away for now but not for long,” Redhead was quoted as saying.

Redhead went underground into hiding and emerged after U.S and Caribbean troops stormed the island on October 25, 1983 to put down the General Hudson

Austin-led Revolutionary Military Council (RMC) that took control of the island after the army massacre at Fort Rupert, now back to its original name Fort George.

The late trade unionist had often said that this action by the Americans prevented a civil war in Grenada as supporters of Bishop like himself were prepared to fight a military battle using guerrilla tactics against the RMC rather than surrender to them.