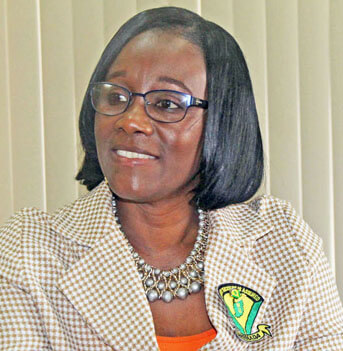 President of the Public Workers Union (PWU) Rachael Roberts has accused the Keith Mitchell-led Administration of trying to turn the Nation against public servants in order to get out of paying salary increases.

The Government has raised the issue of cutting the public service workforce as negotiations over salary increases for this year arrive at an impasse.

Responding to an ultimatum delivered by the PWU that government should pay a 4% increase by June, the government has issued a statement indicating that the increase is beyond its ability to pay.

Public Workers are presented in the current issue by PWU and the Technical and Allied Workers Union (TAWU) and both have rejected a government proposal for wage increase deferrals and are demanding payment of the money.

The proposal for a deferral represents a change of government’s previous position that public workers should forego salary increases for 2021.

In Tuesday’s statement, the government raised the possibility of retrenchment in the form of a question: “Is it that Government is being pushed to a situation where it will have to look at cutting expenditure and reducing the size of the workforce as part of this effort?”

In an interview with THE NEW TODAY, Roberts said the government would be heartless to even consider retrenchment at a time when public officers’ salaries are supporting so many other people who have lost their jobs, especially in the tourism sector, due to the COVID-19 pandemic.

“Government would be very ruthless and heartless to come to us and tell us that they want to reduce the size of the public service at this time. Public officers are now supporting people across Grenada.

“Why did Grenada put all its eggs in one basket and are only dependent on tourism when we could have had a thriving manufacturing sector, a thriving agriculture sector. We are totally appalled at this statement.

The female union boss is also taking issue with the statement released by government, which she said was done behind their backs.

Roberts called the government’s action “downright disrespect” adding that it goes against the principles of industrial relations.

“I never thought we would see this day when government would put out a statement before coming to us,” she told THE NEW TODAY.

The Unions are also questioning government’s position that the country cannot afford just over EC$13m which is the annual amount that the wage bill would increase by if the 4% is agreed to.

The Mitchell-led Administration recently spend $60m to repurchase the country’s single electricity supply company in a move that is widely viewed as the settling of a score between previous majority owners WRB Enterprises and the Prime Minister and his Public Utilities Minister Gregory Bowen.

The administration is still owing US$3 million on the Grenlec debt and signed a promissory note to make the payment by the end of 2022 for the latest.

Government officials have been offering contradicting explanations about the source of funding for the buy-back.

Roberts is demanding an explanation from government on claims that it cannot afford to pay increases.

“They are telling us the money came from grants and loans but we are very confused because we know that grants and loans cannot be used to do anything except the purpose for which it was received.

“What illegal act did you do with the people’s money? Tell us how it became possible. It appears to us that there is a lot of untruths in it and a lot of things we cannot decipher.

According to Roberts, public officers have made many concessions for the sake of the country but they will not back down on the matter of wage hikes.

Roberts said they have made enough sacrifices, especially during the structural adjustment period from 2015.

“COVID does not quarantine workers’ rights, we still have rights. They are trying to use COVID to take advantage of workers,” she remarked.

“If they have a heart, if they say they love the people then they would not do that to the workers”, Roberts said, adding that public workers may have to rethink how they vote in future General Elections.

“These are the same people who would come to us to ask for votes. We would have to rethink our votes because we voted them into power to help us develop our social and economic situation.”