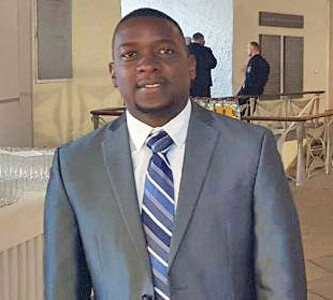 Ruel Edwards – did not make himself available for questioning

The long-awaited Marketing & National Importing Board (MNIB) investigation report from the Integrity Commission is now in the public domain.

The probe was started following a series of reports carried by THE NEW TODAY highlighting a number of questionable financial dealings involving its former Chief Executive Officer (CEO), Ruel Edwards including the use of funds to purchase expensive first class tickets on travel mainly to Miami in the United States.

Edwards was also fingered as the person who purchased a vehicle from the MNIB fleet in questionable circumstances.

Although he did not appear before the probe following requests, Edwards had hired former Attorney General Cajeton Hood to block the investigation until certain conditions were met.

Following are highlights from the report:-

This inquiry/investigation into the management and operations of the Marketing and National Importing Board (MNIB) by the Office of the Integrity Commission herein after referred to as “Commission” covers the period 2012-2018.

On August 2, 2018, following media reports in a local newspaper; namely, “THE NEW TODAY” published on June 29, and July 30, 2018, and captioned “Samuel Andrew removed as Head of MNIB” and “Samuel Andrew exposes Ruel Edwards on financial mess at MNIB” respectively, the Commission commenced its inquiry/ investigation.

The MNIB is a state Trading Enterprise, established by an Act of Parliament, Marketing Board Act No. 40 of 1973 (The Act). The Marketing and National Importing Board is engaged in the marketing and trading of agricultural products.

Its mandate was extended to include the importation and distribution of ‘specified imports’ (in accordance with section 13 (e) of the MINIB Act).

ii.Whether there was proper oversight and management by MNIB’s line Ministries subject to the provisions of the MNIB Act and all other applicable legislation.

iii.   Whether there was proper oversight and management by the MNIB’s Board of Directors and Senior Management subject to the provisions of the MNIB Act and all other applicable legislation.

iv, Whether there were Conflicts of Interest with respect to roles and responsibilities of all past and present accounting, accountable officers and management thereof.

vii. Whether there were actions or activities, in relation to the MNIB which may be considered dishonest or conducive to corruption.

viii.Whether the practices and procedures of the MNIB were conducted in accordance with section 12 (1) (f), and (B) to verify or determine the accuracy of any declaration(s) Pursuant to 12 (1)(c) of the Integrity in Public Life Act No. 24 of 2013 (IPLA).

ix. What were the causes and circumstances of the fires at the MNIB, River Road building location between the dates of January 23 and 24, 2018, and January 27, 2018?

I.The Commission determined its jurisdiction which is to ensure integrity in public life and to give effect to the Inter-American Convention Against Corruption, of which Grenada is a signatory. It is also mandated to examine complaints and to conduct investigations.

II. The Commission engaged its relevant stakeholders in accordance with section 12 (2) (b) of the IPLA.

III. The Commission employed the qualitative and quantitative methods of research, based on its inquiry /investigation Protocol and the Terms of Reference for this inquiry/ investigation.

IV.The Terms of Reference allowed the inquiry/investigation to discover the status of the operations of the MNIB and to ascertain and corroborate information provided from various sources.

V.Some limitations were experienced in regard to the state of requisite documents, the non-appearance of key persons at interviews, the lateness in response to requests for information and the filing of a Court injunction against the Commission.

I. The inquiry/investigation found that although the Board Minutes and Reports of the MNIB seem to suggest there was active discussion and planning around improvements aimed at benefiting the producers/farmers, the farmers nevertheless generally felt disenfranchised and dissatisfied.

II. The inquiry/investigation found that although the MNIB occasionally provided farmers with seeds, fertilisers and insecticides, this was not on a consistent basis.

IV.The inquiry/investigation found stark variance between the information contained in the Board Minutes and the sentiments expressed by the farmers. The Board Minutes, indicated that there were discussions around paying greater attention to the grading of products in order to reduce spoilage, however, the inquiry/investigation did not find evidence of the implementation of any strategy to address spoilage in general, save and except a Standard of Soursop document dated sometime in 2015.

V. The inquiry/investigation did not find any evidence indicating that the MNIB acted as commission agent for the disposal of produce, paid dividends to farmers or traded and dealt with food for livestock.

VI.The inquiry/investigation determined that the circumstances surrounding the issues of non-payments/delayed payments were due to cash flow issues exacerbated by the garnishing of MNIB’s account, a result of its court matter with CSME Commodity Traders Ltd.

VIII. The inquiry/investigation found that MNIB did not keep its books of accounts in a way that is sufficient to record and explain the transactions, and to enable its financial position to be determined with reasonable accuracy at any time.

IV. The lack of cooperation from the Management of the MNIB with the auditors resulted in significant delays in the preparation and submission of the annual Audited Reports to the Ministry of Finance for onward transmission to Parliament.

X. While it was the responsibility of the Board and Management of the MNIB to make these entities viable through the products and services provided, more follow-up by the line Ministry was required to ensure the projects were being implemented as planned.

XI. Following review of some of the MNIB’s Financial and Operational Reports, as well as Reports from MNIB’s independent auditor, the inquiry/investigation determined that MNIB was poorly managed.

XIII. The inquiry/investigation was also able to determine that, there is no Standard Operating Procedures (SOP) or Code of Conduct at the Ministry of Finance for persons on contract vis a vis requirements to declare any such activities outside the service.

I. Conduct a full independent forensic examination, under the direction of the

Department of Audit, into MNIB’s financial operations for the period of the Commission’s inquiry/investigation or a focused investigation for this period on the areas specifically identified in this Report.

II. There should be mandatory training at the reconstitution of the Boards of Directors for new and continuing members on their Fiduciary Duties, roles and responsibilities in accordance with all applicable Acts and the training must be conducted by a professional with proficiency in the operations of statutory bodies.

III. Board Directors along with the Management of Statutory Bodies should create and implement a Risk Treatment Plan that would mitigate against risks, conflict of interests and corrupt practices. This plan will be periodically revised as part of the Integrity Commission’s Risk Management implementation.

IV. Due consideration be given to a comprehensive review of the MNIB Act and specifically the composition of the Board. The Board membership should be representative of;

d. An attorney-at–law with at least five years standing;

g. Business community with an emphasis on marketing;

h. Ministry of Trade and/or;

i. The line Ministry.

V. It is strongly recommended that the MNIB has an independent Secretary designated to the Board of Directors. This must also be applied to all Statutory Bodies.

VI. Administrative and operational policies, procedures and practices must be developed, disseminated to staff and implemented to ensure the proper management of the MNIB.

VII. The MNIB should provide farmers with more information on market fluctuations and also provide advice and consultations on what and when they should plant.

VIII. It is strongly recommended that the Ministry of Trade and by extension all Ministries, implement Standard Operating Procedures that include a well-defined Code of Ethics, Conflict of Interest[1] and Code of Conduct, modelled by the IPLA and advise all appointees;

IX. It is strongly recommended that MNIB’s Board of Directors ensure that they are in full compliance with the Public Procurement and Disposal of Public Property Act No. 39 of 2014; specifically Section 55 (4) a) b) c) and (5), (6).

X. The Commission recommends that the RGPF should continue to investigate the fires.