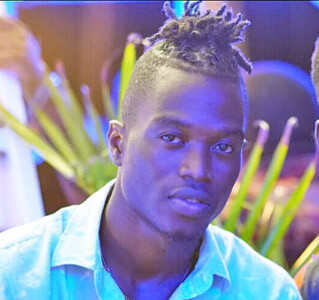 Boyzie - aggrieved over minuscule prize monies being offered by the SMC

After two (2) years of lockdown, I’ve been dying for a stage, to be honest, and I am just happy to be here to help showcase what Grenada has to offer, what Spicemas is all about.

Those were the words of former Soca Monarch, Shem ‘Terror D Governor’ Bernard, who was the first contestant to compete in the semi-final round of the first-ever, Dr. Trevor Friday Soca Monarch competition, which was held at Progress Park in the big parish of St. Andrew last week Friday.

This year’s competition has been marred by controversy including the decision of reigning 5-times Soca King, Jalon ‘Boyzie’ Olive, not to defend his title this year, if SMC does not meet his demand for an increase in the winning prize money to $100, 000.00, or more, and the non-participation of some of the bigger names in competition.

Terror D Governor did not disappoint his fans and was among the 31 soca artistes, who turned up to compete for a spot in the final round of competition on August 5.

The former soca king caught the attention of the judges with his rendition, ‘Ultra Instinct,’ which he escribed as “an evolving song” of his transformation from Terror Kid to Terror D Governor,” and as a “motivational song saying that, hey we are unstoppable, we are great, we are unmovable.”

Speaking with THE NEW TODAY after his performance Terror D Governor said that for him, “it is more than just taking part in the competition, it is about showing off our culture and what we have” to offer to the world.

His sentiments were echoed by former Soca Monarch duo, Kellon and Kelson Ogiste also known as ‘Luni Spark’ and ‘Electrify,’ who disagreed with how the reigning monarch chose to address the money issue.

“It doesn’t work like that, at the end of the day is a collective something, not a 1-man something,” he added.

“At the end of the day, everybody shares different sentiments, we believe that in things like this, you strike a conversation, and you have to do it right,” Electrify chimed in, stating “that’s (this is the reason) why a lot of people may think the artistes are not united because one (1) artiste standing up for $100, 000, and the rest is not standing up but it wasn’t a collective something.

We all know that the prizes are low, we all invest, we all feel the pain, and we would love for it to go up but at the same time, it takes a process, and a conversation…you strike the conversation with the authorities and do it right,” he remarked.

Another finalist Kendel ‘Lednek’ George spoke of having “something to prove” to his fans this year.

“They (the fans) know I have good songs, and can deliver but I never really made the top three (3) in soca monarch previously. So, I feel like I need to show them that I am capable of dominating,” Lednek said.

The “money is not the focus right now…What I am focusing on is accomplishing that dream. Kingman Boyzie, big up yourself, you know he believes the artiste should get more, and I respect that,” he added.

Although he turned down an interview on the subject when contacted by THE NEW TODAY via telephone on Monday, Boyzie had conducted a live Facebook media post to voice his disapproval of the $50, 000.00, $40, 000.00, $30, 000.00 prize structure that was outlined recently for the top three (3) positions by the SMC Chairman Arley Gill.

An aggrieved Boyzie noted that his presentations sometimes cost upwards of $15, 000.00, contending that the expense of producing a performance overlaps the prize money.

He also spoke of knowing artistes who have been “owing people for years and months because after the Soca Monarch (competition) they cannot pay.”

The SMC Chairman, who had previously noted that the recent increase in prizes is based on discussions held previously with stakeholders, has confirmed that the state-owned entity has not received an official proposal from a stakeholder body making these demands, being advanced by the reigning monarch.

The newly installed Minister of State with responsibility for Youth and Sport, in the Ministry of Education, Ron Redhead has acknowledged that there is a “genuine concern” in the arguments advanced by Boyzie.

However, he said that in order to address this issue as a government “what we need to do is to look at how we can develop in collaboration with Spicemas for proper funding opportunities to the extent that government’s subvention may just be something that we can fade away with and the private sector can really push and pump the resources that are required to really push our culture to where it needs to be.”

Minister Redhead addressed the issue during the weekly National Democratic Congress Heartbeat radio programme with host Terry Forrester on Sunday, where he used the opportunity to advise that in the immediate term, “artistes (can) find inexpensive ways to still do the same thing but not spend the exorbitant prices” on their presentation.

“It may mean having to find the cheaper alternatives to expensive ones, and finding creative ways to come up with presentations that can still wow the crowd without the cost associated with fireworks for example,” he said.

“If we are serious about this, we are going, to be honest with each other and bring stakeholders together. So, Boyzie’s concern is noted, and it is something that we can look at going into next year,” added Minister Redhead, who is optimistic that the reigning soca monarch king will come out to defend his crown on August 5.

The Culture Minister encouraged “all artistes to not just see the individual struggles only but (to) see the overall development of the artform.”

“This is the first time that I have gotten so much recognition. It’s a taste of stardom, and I love it but I am not just here for that, I am here because I want to make a difference. I want to show them that women could also stand out on the big stage. We could give the men a challenge, it is not just a man thing, it is our culture, it is we festivity,” Pinky Fabulous told reporters after her performance.