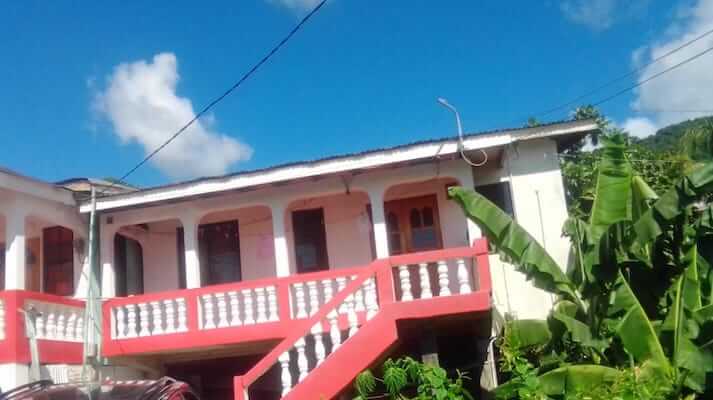 67-year old Trevor Regis who was shot dead by police on Friday was struck by four bullets.

Regis’s wife who is from the sister isle of Petite Martinique visited the La Qua Funeral home Saturday along with her daughter to view the body for the first time since the incident.

A brother of the deceased told THE NEW TODAY that the retired fisherman was hit by two bullets in the upper part of the body around the area of the chest, one bullet in the left leg and another in the right leg.

Regis was gunned down after he apparently went berserk following a visit to his son, Chris “Santa” Regis, at the St. George’s General Hospital where he was recovering from another police shooting incident two weeks ago in the Fontenoy area of the St. George North-west constituency.

The retired fisherman who was described as very family oriented has been at pains since the shooting of his son by a policeman over the smoking of a ganja spliff.

According to the family member, the father visited the son, a former national swimmer, at the hospital on Friday morning but he did not know the contents of the conversation.

THE NEW TODAY was told that after the hospital visit, Regis was involved in the altercation with the police – stabbing one female officer and cutting another with a knife before a third officer shot him.

Regis was taken to the St. George’s General Hospital but reportedly died about an hour later.

“Santa” was released from hospital a few hours after his father was shot dead.

The family member said that the son has taken the death of his father “very hard”.

Asked about his recovery, the family member said, “The hand is still swollen. He’s just having some pain on the side. He’s lying down right now on a bed and he’s stretched out.”

THE NEW TODAY was told that the bullet from the police gun penetrated right through the upper arm of “Santa”.

The family member disclosed that the mother of Trevor who has been ill and lying in bed for some time now is not aware of the two shooting incidents involving her son and grandson.

He said: “We can’t let her know what is going on with them – she doesn’t know anything. We can’t tell her that where she is lying down in bed”.

The police have been very tight-lipped about the fatal shooting incident.

“We don’t have a clue what brought on the incident”, said Head of the Community Relations Department of the Royal Grenada Police Force (RGPF), Superintendent Vannie Curwen.

“There was no altercation. What I can tell you is that the officers were not trying to arrest him,” he added.

However, Supt Curwen alluded to an interview which the Grenada Broadcasting Network (GBN) conducted with Regis who was very upset over the manner in which “Santa” was shot by the police officer.

“He made some comments in an interview with GBN which made us uncomfortable and we are looking at the video to see if there is any causative link”.

“It is very early days in the investigation and we are just putting the pieces together”.

The Criminal Investigation Department of the RGPF is leading the investigation into Friday’s fatal shooting incident.

On the shooting incident involving the ex-national swimmer, Curwen said that the investigation is almost complete except for the interview to be conducted with the victim who was hospitalised.

He said the investigators have to obtain his medical records from the doctors before the file is sent to the Director of Public Prosecutions (DPP), Christopher Nelson for advice.

Prime Minister Dr. Keith Mitchell who is the Member of Parliament for the area has telephoned the family on the occasions of both police shooting incidents.

The police have also reached out by visiting the home of the family on the shooting of “Santa” and also following yesterday’s incident involving Trevor.

Veteran politician Terry Forrester who is now associated with the main opposition National Democratic Congress (NDC) visited the family at Fontenoy to express his condolences and to interview the wife of the slain fisherman.

Regis is from Mt. Craven in St. Patrick and came down to live in Fontenoy in 1965.