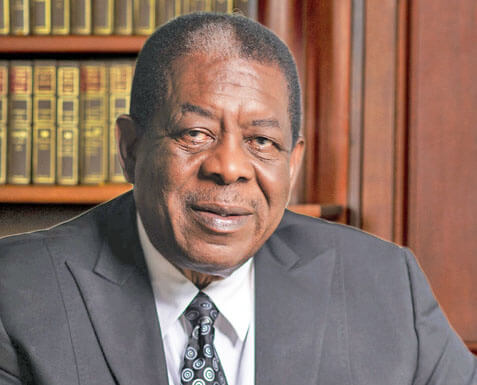 The operation of the University of the West Indies has come under scrutiny by a high-powered committee that was set up to review its performance over the years.

Headed by former President of the Caribbean Court of Justice (CCJ), Sir Dennis Byron of St. Kitts, the committee has submitted its detailed report which pointed in the direction of several major weaknesses in the structure of the institution.

The report is now attracting attention throughout the region as its contents have found its way into the hands of the media.

Today, THE NEW TODAY focuses on some of the governing bodies with UWI:

While the University can boast many academic achievements and broad acknowledgement of the value of “The UWI Brand”, it is evident, based on the deficiencies identified above as well as extensive feedback from the university community (discussed in other parts of this Report), that there are a number of structural and other challenges with the current governance system that threaten the viability of the University in the short and long term.

To ensure that the University remains vibrant and competitive in the 21st century, the Commission believes that new and creative solutions need to be devised with respect to the institution’s corporate governance.

In the Commission’s view, any restructuring of the governance system should be aimed at achieving the following outcomes:

(d) The participation in decision-making of internal stakeholders as appropriate, honouring the tradition of self-government in the University while, at the same time, engaging external stakeholders in governance to enhance accountability and provide contemporary perspectives on corporate governance and management

(f) Institution of a culture of accountability in the exercise of authority, including the development of tools to measure achievements against agreed strategic plans and goals

(h) The development, implementation and monitoring of strategic plans that, while taking account of priorities of each campus, maintain a coherent regional agenda for the University as a whole.

(i) the retention of the Council in its current form;

(ii) the establishment of an Executive Committee of the Council and the abolition of the University F&GPC;

(iii) maintenance of the current structure of the Campus Council;

(iv) the establishment of an Executive Committee of Campus Council and the abolition of the Campus F&GPC;

(v) the creation of Advisory Committees of the Council and the Campus Councils; and

(vi) the formalisation of the teams of senior managers that now advise the Vice- Chancellor and the Campus Principal, respectively (now called the Executive Management Teams).

Earlier reviews of the structure and operations of the Council have concluded that it has not been fulfilling its intended role effectively. In the main, the solutions proposed have advocated more frequent meetings of the Council to conduct its business, and the reduction of its membership.

The Commission noted that Council meetings are still normally held only once per year but membership has been decreased over the years, and currently stands at forty-five (45).

There is a historical dilemma which has faced the University with respect to the Council: the need to have a body that is of a size that ensures the participation in its corporate governance of a wide variety of stakeholders (including 17 Governments) and, at the same time, is small enough to allow for the effective exercise of its extensive powers.

It is the Commission’s view that even if the Council were to meet frequently during the year, its large membership would not conduce to informed and efficient decision-making on important issues.

What is required is a structure that would permit the fulsome exercise of Council’s executive and oversight functions in a more efficient manner, with well-informed and thoughtful deliberations and the capacity for nimble decision-making.

The Commission is of the firm view that, given the University’s status as an institution established for public purposes and its receipt of funds from the public purse, the Council should remain an assembly of stakeholders and that its size should not be substantially reduced.

In the interest of efficiency and effectiveness, the Commission proposes that the Council should delegate some of its functions to an Executive Committee, but should reserve certain powers to itself.

Reserved powers would include:

(a) the appointment of the Vice-Chancellor;

(b) the amendment or revocation of the Charter and Statutes;

(c) the approval of the University’s annual audited accounts;

(d) the appointment of the university auditors;

(e) the approval of the annual budget; and

(f) custody, control and disposition of the University’s real property.

The Commission believes that the Council’s oversight and monitoring functions also need to be more fully exercised and thinks that this could be achieved through the proposed Executive Committee suitably composed, conferred with appropriate delegated powers and supported by strong advisory committees.

The Commission does not think that the delegation by the Council of some of its functions to an Executive Committee would undermine the preservation of the regional character of the University.

The Commission strongly advocates the adoption by the Council of a Statement of Primary Responsibilities. The adoption of such a Statement by higher education institutions as part of their governance framework is now commonplace in the United Kingdom and Australia and is considered to be best practice, especially for institutions that receive public funds and enjoy charitable and tax exempt status.

The Commission noted that the recommendation of the 2006 Task Force that a Statement of Primary Responsibilities should be adopted was not implemented.

The matters over which the Committee could exercise authority and the extent of that authority would be specified in the Ordinance or in the Committee’s terms of reference. It should be noted that examples of similar structures exist at a number of North American and Australian Universities, for example, University of McGill in Canada54 and the University of Adelaide in Australia.

As indicated above, there would be some matters reserved by Council which would not be delegated.

A critical function of the Executive Committee would be to ensure that the Council’s decisions on the strategic direction and goals of the University are being implemented, by measuring performance and the achievement of these goals against key performance indicators and metrics approved by Council.

It would have a strong monitoring function with an emphasis on accountability throughout the UWI system.

Functions of the Executive Committee could include the following:

(a) Set policy, take decisions and make recommendations to the Council in accordance with the scheme of delegation determined by the Council;

(b) Review the University’s Draft Strategic Plan prior to submission to the Council to ensure that it is robust, sustainable and adequately resourced, and make such recommendations to the Council relating to the Draft Plan as it thinks fit;

(c) In relation to the approved Strategic Plan ensure:

(i) that it is reviewed annually and adjusted as necessary in response to changes in the internal and external environment; and

(ii) that the implementation of the Plan is assessed against performance indicators and metrics approved by the Council, and that corrective action is taken, where necessary;

(d) Institute mechanisms to foster a more organic relationship between the Council and Campus Councils;

(f) Plan and set the agenda for Council meetings;

(g) Ensure the effective leadership, coordination and management of the activities of the University;

(h) Ensure effective communication with and support for the Council, Senate and other key University committees;

(i) Maintain a high level of understanding of the wider context and environment in which the University operates;

(j) Ensure that the University responds in a timely way to emerging threats and takes advantage of new opportunities.

The Committee should comprise a mix of internal and external members. The following membership of thirteen (13) is proposed:

The Committee would meet at least every two months and would be supported by Advisory Committees having the responsibilities detailed below. The University Registrar would act as the Secretary of the Committee.

Abolition of University F&GPC
With the Executive Committee of Council essentially performing the functions currently performed by the University F&GPC, the Commission recommends the abolition of the F&GPC by the revocation of Ordinance 9 under which it is established.

Campus Councils
As outlined in Section 5 of this Report, a Campus Council is a governing body of the University and carries out the mission of the institution at the campus in respect of which it is established. The Campus Council was created to give flexibility to a campus to address its particular needs, and it exercises many of the powers of the Council at the campus level, subject to such limitations as the statutes may impose. A Campus Council is a large stakeholder body comprising a number of internal and external members and meets once per year. With the establishment of the Five Islands Campus in Antigua and Barbuda, there are now five Campus Councils.

Many of the concerns expressed regarding the efficacy of the Council as a policy body and a forum for serious debate and interrogation of issues have also been expressed in relation to the Campus Councils as well as their surrogates, the Campus F&GPCs. The solution which the Commission proposes is similar to the one suggested in relation to the Council – the establishment of an Executive Committee of Campus Council:. The Commission makes no recommendation with respect of the size or composition of the Campus Council or the frequency of its meetings.

The functions of the Committee would be focussed on monitoring, at the campus level, the implementation of the University’s strategic goals, and the assessment of management performance against agreed performance indicators and metrics. The Commission therefore recommends the establishment of an Executive Committee of the Campus Council. The ECC of the Council should establish mechanisms to ensure a functional relationship with the Executive Committee of each Campus Council.