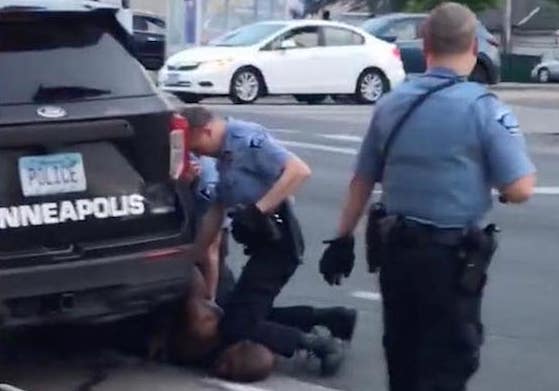 There has been mixed reaction in Grenada over today’s planned protest action outside the U.S Embassy in Lance Aux Epines on the initiative of a group of defence lawyers to voice concerns over racism and violent acts against Afro-Americans in the United States.

Former Opposition Leader, Michael Baptiste has been the most vocal in condemning the decision taken by the lawyers to gather outside the American Embassy between 1.00 p.m – 4.00 p.m to protest and deliver a message of solidarity for the black community in several U.S cities.

Attorney-at-law Jerry Edwin who was trained in the United States is spearheading the protest action which he said has attracted a cross section of Grenadians including trade union leaders.

In a message sent out last night, Baptiste, who is now in New York, said that if he was back home he would have journeyed down to the U.S Embassy to protest against the lawyers themselves for ignoring the many issues affecting Grenadians who are struggling in the midst of the coronavirus.

“If I was in Grenada and I see him (Edwin) in front of the US Embassy there will be two demonstrations – one against them and maybe I will demonstrate against the U.S Embassy when I am finished with them,” he remarked.

According to Baptiste, he wants a message to go out to Edwin that he should first “bark a yard before he want to bark abroad”.

He said that this lawyer should first raise his voice in support of the struggling fishermen, farmers and their plight before taking on an issue like injustice against Blacks in the United States.

“Injustice anywhere is a threat to justice everywhere,” said Baptiste, the former Member of Parliament for St. Andrew South-west between 1995-2003.

Baptiste charged that when Edwin and other lawyers start to speak out on the myriad of problems and issues affecting the poor and ordinary people in Grenada then “I could join him in barking abroad.”

At least one lawyer who is staying away from the protest action outside the U.S Embassy believes that the move is ill-directed at this point in time.

She said that Edwin and the other lawyers are seemingly forgetting “about the knee in the necks of Grenadians” by the current administration of Prime Minister Dr. Keith Mitchell.

This is a clear reference to calls in the United States for white racists police officers to stop killing blacks by removing their “knees” from them in the manner in which George Floyd was killed on May 25 by a white cop in Minneapolis.

According to the lawyer, Edwin and the other colleagues are too “busy to deal with the issues outside of Grenada but so many issues to deal with here and the silence is deafening – a bunch of convenient noise makers”.

“The support for the busmen should precede any protest at the US embassy, we need to set our priorities,” she said.

This is reference to the stand-off between government and over 1400 bus owners and operators which led to strike action over their demands for a small increase of $0.50 cents on the route.

Another lawyer who disagreed with the planned protest action feared that it could get out of hand if not controlled by the authorities especially as Lance Aux Epines is seen as an area by many persons to be occupied by Whites.

She said: “I think Jerry (Edwin) should be careful with this action. We are a copycat nation and we do not want that demonstration to spark looting, breaking houses etc. The demonstration is in the perceived white people area but that is no longer a fact. Lance Aux Epines has more Grenadians now than foreigners. Therefore caution should be noted. Yes, Black lives matter but livelihood for the blacks in Grenada matter – we cannot afford one person losing employment now.”

Another angry local called on Edwin and the lawyers to first protest outside the Cabinet Room at the Botanical Gardens in Tanteen to send a message to Prime Minister Mitchell and government about the hardship of the people at this time due to the massive loss of jobs as a result of COVID-19.

“Tell this lawyer guy for us that before he go down by the U.S Embassy that he and the other lawyers must pass by the Botanical Gardens first and protest in front of Keith Mitchell, Gregory Bowen and the rest of the Cabinet on behalf of the poor Busmen who are asking for a little thing from government,” said the local.

“If the lawyers just protest in front of the Cabinet then we will mobilise and come down and join them in Lance Aux Epines. Mr. Edwin, we want to go back out to work to make a dollar for we family so ask Dr. Keith to settle this thing with the busmen and them because the little increase is not unreasonable to ask for.

He went on: “Mr. Edwin, the government is giving $4 million to each airline in subsidy to fly to Grenada to bring guests to the hotels of the big boys who already rich but not a cent in subsidy to our busmen – that is not fair’.

A Grenadian living in New York City remarked, “I think he (Edwin) is just looking for some media time.”

One pro-Edwin supporter has called for the Prime Ministers of the Caribbean Community (CARICOM) to issue a joint statement and send to President Trump on the current situation affecting Blacks in the United States.

Edwin has defended the action of the lawyers and vowed that he was also prepared to give support to the plight of the busmen if approached for assistance.

He said: “I fully support the busmen and would love to organise a protest with them so Cabinet will get their message loud and clear. I fully agree that bus owners transport Grenada. I will be very pleased to organise with them in a full-throated loud protest when the Cabinet meets – all buses blowing their horns loudly in front of the (Botanical) Gardens lined all the way from Tanteen right up to the front of the Ministerial offices. Let’s do that with all other drivers.

However, the attorney-at-law was quick to add that the protest action being mounted by members of the legal profession is aimed at sending a message to the powers-that-be in Washington about their solidarity with all struggling blacks in the United States.

“We are sending (Donald) Trump a message that Grenadines in New York who protest peacefully will not be cut down by racist cops or American soldiers in Flatbush, Brooklyn, Miami, Florida or anywhere else in the United States.

“It’s not an either busmen or racial violence (issue). We are concerned about both. Here at home please let us organise to get Grenada moving again (and) to alleviate the financial pain of bus owners. With the long hours and low pay of this work by bus owners, Grenada cannot move.

The lawyers had issued a statement Sunday which reads: “In support and solidarity of George Floyd and all our fallen brothers and sisters murdered at the hands of racist police officers in USA and globally on Monday, 8th June, 1 pm to 4 pm, we will be protesting peacefully outside the USA Consulate office in Lance Aux Pines, St. George’s. Come and join us, as we protest peacefully. We will apply social distancing as we show our “solidarity” in these inhuman times. Please prepare your placards and share to your contacts. United we stand. Black lives matter. BLESS!