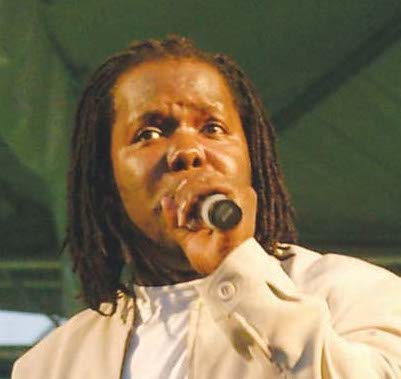 Top Grenadian calypsonian, Randy Isaac has shied away from commenting on reports that he was jailed for one night this week in Brooklyn, New York for allegedly violating a court order and assault on his 21-year old son, as well as evading and resisting arrest in a domestic issue.

The incident involving Isaac, who has been showcasing his talent as a calypsonian for over 30 years in the Spice Isle, went viral on Social media in the early hours of Sunday morning.

Speaking from New York to THE NEW TODAY, the veteran calypsonian from St. Andrew said he does not want to talk in public about things that are happening between family members and would prefer not to comment on something that should be treated as totally “a family affair”.

Isaac went on to say: “My son is doing well in school – everybody is doing well. I wouldn’t let anything happen to them. I will always stand up for my family. That’s all I would like to say.

According to Isaac, a lot of things written in the article are “very false” and referred specifically to the allegation that he used his diplomatic status as a Cultural Ambassador of Grenada “to get out of trouble in the United States.

“That is totally false,” he told THE NEW TODAY.

“I wish Johncrow (Alexander) would have been a big man and do what you (THE NEW TODAY) just did and didn’t do what he did. I am disappointed in him – he’s doing it just to get recognition,” he added.

THE NEW TODAY was able to obtain information from the Unified Court System in New York which showed that there is a charge against Isaac for violating an order of Protection.

Following are the details: