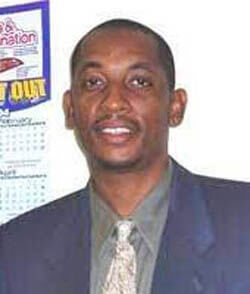 President of the Public Workers Union (PWU), Rachael Roberts is expected to be challenged once again for the post when public officers vote in their next election on March 16.

A well-placed source told THE NEW TODAY that 2nd Vice-President of the union; Arthur Pierre is expected to submit his name for nomination for Executive positions, which close next week.

“I am very cautious this time,” Roberts reportedly told a close aide.

He said that Pierre is on a slate that is being promoted by the Public Relations Officer (PRO) of the union, Daisy Hazzard who is expected to offer herself for the post of 1st Vice-President during the election.

The source said that he expected former Custom officer, Brian Grimes who failed in his bid to defeat Roberts in the last election, to also offer himself again for the Presidency of the union.

He said that as far as he knows Grimes is already campaigning for the PWU top job and has put out promotional material.

According to the official, Pierre’s decision to run against Roberts is coming somewhat as a great surprise to her.

He said that Roberts is believed to have played a key role in giving support to Pierre for the executive position that he won in the last election but is now running on a slate against her.

“It is becoming interesting,” said the source about the upcoming PWU election and he quoted Roberts as saying, “I go all out for the gentleman (Pierre), campaigned for the gentleman. He didn’t use to come out and campaign – he went with me in about three places and he didn’t go nowhere else.”

“I go all about – Nawasa, I go everywhere, up in the country, Princes Alice – all where I go, I tell workers to vote for him (Pierre) now today I see he’s running against me,” Roberts reportedly told the aide.

She also went on to say: “We had a good rapport, we used to move well. When I think that I had his (Pierre) support on the Executive I did not- I realised that I did not have his support. When Nomination Day all will be revealed. I am waiting to see what is being revealed.”

Pierre is an employee with the Ministry of Education and was once attached to the Aids Section, Family Life Division and the Drug Avoidance Secretariat and Family Life and is currently working with NaDMA on its Covid-19 team responsible for visiting Quarantine facilities.

According to the source, he got the impression a few weeks ago that Hazzard will be the one who will challenge Roberts for the PWU Presidency.

He said that Roberts had confided in him that Hazzard had indicated to the PWU President that she will contest the post against her.

The official told THE NEW TODAY that Hazard came straight on in a conversation and said, “Sister Roberts, I am throwing my hat in the ring for your post.”

The PWU along with the Technical & Allied Workers Union (TAWU) and the Grenada Union of Teachers (GUT) are currently engaged in an impasse with the Keith Mitchell-led government on its failure to honour a commitment to pay public officers a 4% salary increase from the end of January.

Government has now offered to make the payment on or before December 31, 2021 on the grounds that it was having shortfalls in revenue collections due to a downturn in business as a result of Covid-19.

The unions have been engaged in a series of daily activities to raise public awareness of their struggle to get government to honour the signed agreement.