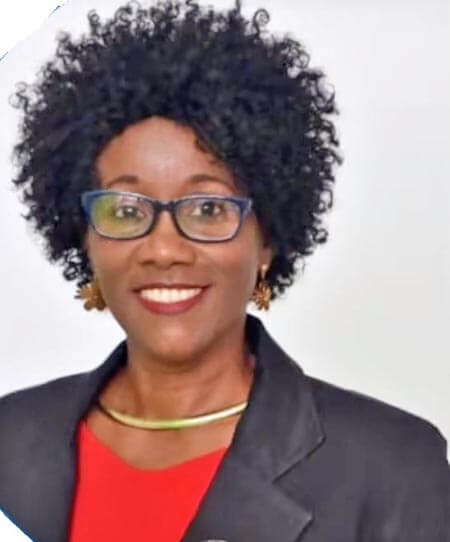 In every disappointment look at it as an appointment.

Those were the words used by Rachael Roberts to describe her loss of the Presidency of the Public Workers Union (PWU) to Brian Grimes in elections held Tuesday among the island’s public sector employees.

Roberts was biblical over the defeat as she said it was the will of the Lord that she did not have to get another term at the helm of the largest public sector union in Grenada following the 35 vote lost to Grimes who failed in his bid two years ago to wrest the union from her.

“When God says he allows something to happen, once he allows it to happen you have to recognise that he has a better plan for you and you have to accept it,” she told THE NEW TODAY.

According to Roberts, she has accepted the reality that the members of the union have spoken and are looking in a different direction from her own leadership of the organisation.

My new journey begins from the 31st of March because I am still the President up to the 30th of this month and I will fulfill my duties until such time and then I begin my new journey whatever that is that God has in store for me”.

“I will continue to serve my union in any way, shape or form possible. I will never be daunted by this loss because I know that I have given my contribution and it has been valuable – my contribution has been one of a distinguished record and of impeccable service to the Public Workers Union.

“I always want the best for my union and I will continue to try to represent workers in any way that I can. I will never be a silent voice – this is not about being silent in this era when we have an employer that appears to be bent on the destruction of unions in Grenada especially within the public service.

“I am proud of the contribution that I made and I will continue to be a voice within my country for workers.

Asked where she thinks it went wrong for her in the election, Roberts said that there were some places that she considered her stronghold but apparently the workers did not deliver the votes for her to remain in office for another term.

Asked whether she had called President-elect Grimes to congratulate him on his victory in the elections, she said that she tried but was unable to reach him.

“I would definitely try to reach out to him maybe through the union’s office and to give him my congratulations. I am not the kind of person who will not concede. I am big enough to accept a loss. I am not a (Donald) Trump at all.

This is an obvious reference to former U.S President Trump who refused to accept his loss in the November 3 Presidential Election to Joe Biden which condemned him to join a select small band that ended up with a single term in office.

After he had lost the PWU presidency race two years ago, Grimes called THE NEW TODAY and in an angry tone accused the newspaper of being biased and against him and advised it not to send any material to him and furthermore he was blocking it from making any contact with him.