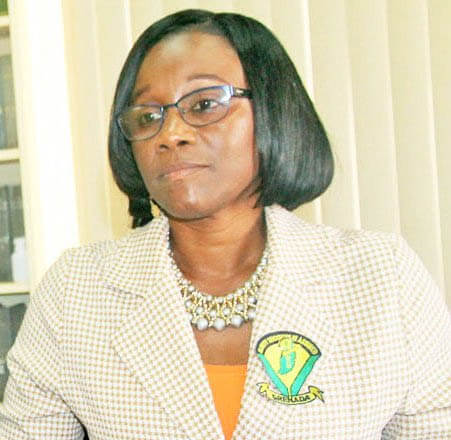 The issue of salary and wage increases has been a contentious one between government and public sector unions over the years and according to Finance Minister Gregory Bowen, it is an area that will be targeted under government’s expenditure management plan for “expenditure rationalisation,” in 2021.

Minister Bowen told Parliament last week Wednesday that the government has reached out to the public sector unions “regarding a deferral of negotiated salary increases for next year, which is estimated to add EC$13.4M to the wage bill.”

In presenting the 2021 budget, the Number two man in the New National Party (NNP) administration informed Parliament that the “government is appealing (to the unions) for restraint in making any demands for wage and salary increases in 2021.”

However, in an exclusive interview with THE NEW TODAY on Tuesday, President of the Public Workers Union (PWU), Rachel Roberts, who was speaking on behalf of the joint negotiating team comprising PWU, and the Grenada Technical and Allied Workers Union (GTAWU) was adamant that the unions are “not making any demands.”

“We have already negotiated…government wants us to forgo it (the 4% and) we said no. Government is now coming and say okay, you don’t want to forgo but you said you would defer. Yes, we said we would be willing to defer but on what terms and conditions.

According to Roberts, the two public sector unions would like to see government take steps to appoint public officers who are qualified for permanent employment under Section 29 (5) of the Labour Code.

She said: “We have a number of members in the service, who have been operating (and) serving the government of Grenada for over 10 and 15 years and they have not been appointed.

“What we would like our government to do is to honour their responsibility and stop the illegal practice of having persons being unappointed for 10 and 15 years,” she added.

The female PWU boss pointed out that this existing situation can best be described as a “continuous violation of our Labour code.

“And when the government is doing the violations,” she said, “it means that other employers would take the opportunity to do the same.”

The PWU leader referred to “Section 29 (5) of the Labour Code, which clearly states that if someone is operating and working doing something that is valuable and meaningful they are considered to be an integral part of the organisation and is in truth and in fact an established worker more or less…words to that effect.”

She referred to the change in economic status of many families due to COVID-19, noting that many of them are now in “critical conditions.”

“We are talking about nurses, doctors, clerks in the various ministries … people who are providing critical and important duties in the Ministry of Finance, IRD (Inland Revenue Department), in the Accountant General’s Office – these are very critical roles…” she said.

Roberts called on the NNP regime of Prime Minister Dr. Keith Mitchell to do the right thing and correct the situation.

As part of government’s plans to strengthen expenditure control management in 2021, Finance Minister Bowen disclosed that the administration will be embarking upon “a strong drive to collect tax arrears.”

This, he said is necessary in order to “not only ensure that we all pay our fair share but to also facilitate and improve taxpayer experience.”

Other expenditure management measures announced as part of the 2021 budget include the strengthening of internal audit, as well as a freeze on hiring and cuts in overseas travel.

According to Minister Bowen, these measures are expected to reduce wastage and assist in the preservation of jobs in the private and public sectors.

The minister also informed Parliament that “a review of all government services and fees will be undertaken by the first quarter of next year.”