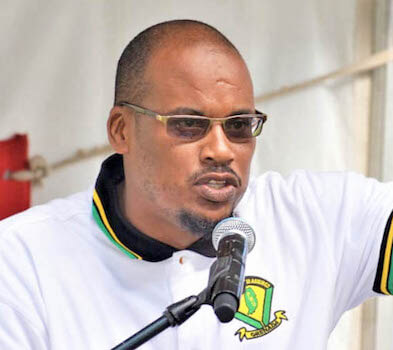 The Public Workers Union (GPWU) has said that it does not fully support the Congress government’s “carte blanche position that pension reform will be linked totally with regularisation.”

“We do not accept this in its totality,” PWU President Brian Grimes told THE NEW TODAY in an exclusive interview on Wednesday, days after Labour Minister Senator Claudette Joseph affirmed the government’s position on the contentious regularisation issue in Parliament last week.

Noting that “pension reform is a complex issue” that “will take a considerable time,” Grimes who heard of the link made between the regularisation of public servants to pension reform during a meeting with Prime Minister Dickon Mitchell on October 7, expressed the view that those “workers who have been acting for extended periods of time in vacant positions in the estimates should be immediately regularised.”

He said, while the Union “want to work collaboratively with the Government of Grenada to resolve the issue and ensure the development of the public service…we don’t believe that that (pension reform) should happen before they (the government) make permanent the workers who have been acting for a long time when there are spaces in the estimates for that to happen.”

President of the Grenada Trade Unions Council (GTUC) and Labour Senator Andre Lewis issued a similar call during last week’s Senate sitting, where he also alluded to there being several vacancies within the health sector.

Echoing Sen Lewis’ call, the PWU boss stated that the “health sector is in bad need of human resource development” in light of the “tremendous brain drain in the health sector more than any other sector in the country for the past few years.”

“And, the haemorrhaging of workers continues,” Grimes charged, adding that these “professional nurses continue to face low pay grades and no job security because they are on one (1) and 2-year contracts.”

The PWU leader stressed that while the Union is interested in looking out for all the public officers throughout the public service, considering the fact that the health sector as a public good in the tri-island state is in crisis and the government should place emphasis there.