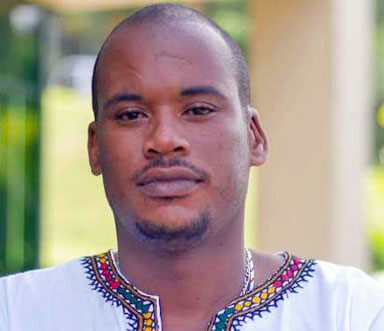 PWU President Brian Grimes – is not prepared to accept bonds

This is not something that we will embrace in no way, shape or form.

Those words were uttered by President of the Public Workers Union (PWU) in Grenada, Brian Grimes in opposition to any plan by the Keith Mitchell-led New National Party (NNP) government to offer bonds to settle a 4% increase in salary dispute now taking place in the country.

In an exclusive interview with THE NEW TODAY, Grimes adopted a similar position to that of the Grenada Union of Teachers in rejecting the bond idea and advocated hard cash” in the hands of public officers.

According to the new union boss, a few weeks ago a PWU delegation met with Labour Commissioner Cyrus Griffith and the Government Negotiating Team (GNT) which is led by Foreign Affairs Minister, Oliver Joseph but no mention was made about bonds.

He said the last position taken at the meeting is that the government will look at the fiscal position at the end of June and then give “a definite date as to when they would pay”.

“The Labour Commissioner also ruled that basically the matter between our unions – TAWU and PWU – and government is in deadlock and he is putting it from conciliation where he sits to Mediatation which is with the Labour Minister.

“We thought in short order that we will speak to the Honourable Peter David (Labour Minister) but that has not transpired yet hence the reason we wrote again so we cannot say anything about bonds at this point in time – they haven’t given an official offer of bonds here at the PWU and TAWU.

“This is something that we are hearing from the other end of the spectrum with the Grenada Union of Teachers – so this is where we are.

The nation’s teachers have been staging street protest marches and night vigils to send messages to the government to honour the 4% salary increase which should have come into effect at the end of January.

Grimes was specifically asked what the PWU position would be if as expected the government floated the 4% bond issue settlement agreement before them.

He said: “Obviously, this is not something that we will embrace in no way, shape or form. We have an expectation based on the proclamations and declarations of those in government that this matter will be rectified and certainly bonds were not in play.

“We were looking at getting our monies cash in regards to the short payment whenever that payment takes place. I don’t understand at this point why the government has chosen that route and why they are always hesitant to put lump sum of money into the hands of the Working Class people,” he added.

Over the years, any agreement struck by government with one public sector union automatically resulted in the others having to accept the same deal.

Grimes said that PWU sees the 4% payment to public sector employees along the lines of recent statements made by local economists that the payment of the money will serve as a stimulus package to benefit the local economy itself as workers will spend it and not hold onto it.

He also said that what is on the table in the discussions with government is interest payment for those months that the 4% increase in salary remains unpaid to public officers.

“Whatever they owe, 0.5% interest should be applied and this is the expectation of the Joint Negotiating Team,” he told THE NEW TODAY.

In recent weeks, Prime Minister Mitchell has been dropping strong hints that the monies which should have been paid from the end of January would be made available to the workers sooner than later as government was seeing an improvement at the Treasury in revenue collections which took a hit a year ago from the coronavirus pandemic.

Last month, the Customs Department reported that for the first time in the past year it was able to meet its monthly tax collections for government.