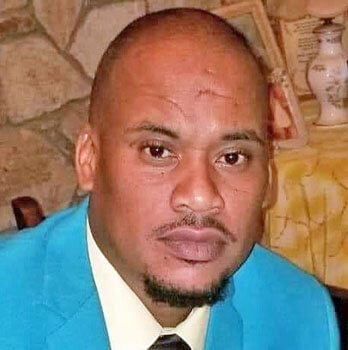 President of the Grenada Public Workers Union (GPWU) Brian Grimes has advanced the argument that the concessionary loan facility that was announced on Tuesday by Finance Minister Gregory Bowen as an avenue for government contract workers to access “100% financing” at the Grenada Development Bank (GDB), is not a measure that will ensure that this category of workers are provided protection, and security in their lifetime.

During the government’s weekly post-Cabinet media briefing in St. George’s, Finance Minister Gregory Bowen announced that in an effort to help disenfranchised workers “obtain assets to improve their standard of living,” the Government of Grenada will take EC$10 million from the treasury to inject into a revolving loan facility at the GDB, which will be disbursed in tranches to qualifying applicants, at an “interest rate of 3%, with a repayment period of 30 years, or up to retirement age, whichever is less.”

The loan facility also provides for a moratorium on interest and principal payments for up to one (1) year.

General Manager of GDB, Mervyn Lord, who joined Tuesday’s post-cabinet media engagement, outlined exactly what the loan facility which provides for a maximum of “EC$375, 000.00,” can be used for such as the purchase, and construction of dwelling houses, renovations, lands, legal fees, among others areas.

Speaking with THE NEW TODAY on Wednesday, the PWU Boss, who maintained the Union’s prolonged call for the government to fix the status of all contract workers, said while the initiative “seems okay,” looking at it in a “microscopic way, and observing all aspects, there are holes there.”

Taking issue that the union was “never consulted” on the development of the loan facility, Grimes pointed out that “a loan is a liability, and not necessarily an asset,” and accused the Keith Mitchell-led New National Party (NNP) administration of using the initiative in an attempt to “formalise contract work in the country.”

He contended that “the government, rather than looking to give people what we call a liability in the form of a loan, they are supposed to be looking to give job security, upward mobility, by making workers permanent.”

Grimes said, while “this (loan) facility would seemingly change the reality that many of the public officers who are under contract were not able to access long term loans,” he is of the view that “everybody would not take that opportunity because maybe they don’t want to take the risk or maybe just generally they are not interested in that opportunity at the time”.

“Contract does not consider social security,” he said, explaining that “there is always life after work, which we call retirement”.

“…The contract does not consider that, and this is where the pensions and social security come into play. So, is the government looking to make the contract work a formalised operation, and if they are, this would certainly destroy the economy of Grenada, Carriacou and Petite Martinique,” he affirmed.

“Now, you are talking about somebody being able to have an extended loan, or whatever it is but what happens after is the great question, and the Prime Minister of this country has been on record, the tapes are there; he has been on record as saying, no country that is thinking progression can have a poor social security system,” said the PWU boss.

Prime Minister Mitchell had told reporters earlier in the month that his cabinet’s approval of the concessionary loan facility which he said was in “response to the plight of this sector of workers,” who he acknowledged has been “unable to raise resources to advance themselves,” over the years due to their status as contract workers.

He said then: “And, since the government is not able to put everybody under permanent establishment, as some people are now advocating…but the consequences of any decision have to be borne by (those) responsible in government, with the experience, who understand the impact of those decisions, and the negative consequences for the country… in other words what we are saying is, since we can’t take all those persons, and make them permanent…we will allow them to empower themselves…”

However, Grimes, who sees the concessionary loan facility as an “alienating” blow to the private sector banks, contended that “this policy, if continued would affect the free market, and negate many workers using private banks, and credit unions because they (workers) are all funneled to the Grenada Development Bank. “

He accused the NNP administration of “illegally using what we call service contract,” and expressed the view that the government should instead “make these workers permanent as much as possible so that they have the choice as to which institution they go to as opposed to just narrowing it down to the Grenada Development Bank.”

Additionally, he pointed out that “one (1) of the tenets of that type of contract is that the worker, who is called an independent contractor, has to pay the whole 11% to NIS (the National Insurance Scheme) whereas traditionally, the employer pays 6%, and the worker pays 5%.”

“So, they (the government) don’t have to pay NIS dues for contract workers, they are not allowing them to pay union dues, and they don’t have an obligation to them if they work for an extended time, for social security…when the Government of Grenada is the architect of contract work as the main sort of engagement or employment – what happens to social security, what happens to life after work? This can potentially destroy our economy.”

Stating that some of these contract workers like traffic wardens, and Imanis are not within the bargaining unit of the GPWU, the PWU boss pointed out that “these so-called contract for service, if you look at it by the book, they are supposed to be independent contractors but the reality is they operate as regular public officers via coming to work between 8.00 a.m. and 4.00 p.m., sitting at government’s desk, utilising government’s tools to perform government’s task.”

Grimes also took issue with the fact that loans will only be granted to those contract workers who have been employed with the Keith Mitchell government continuously, for at least three (3) years, among other the requirements set out for qualification and that this is in contravention of the Labour Code.

“The government is seriously violating the Labour Code, specifically, Section 29 (5) of the Employment Act, which states that “where the purpose or effect of a contract that is purportedly for a specified period or a specific task is the filling on a lasting basis of a post connected with the normal and permanent activity of the undertaking, establishment or service, it shall be deemed to be a contract for an unspecified period.”

Grimes quoted Section 29 (7) as stating that “in a contract of employment which does not specify the length of the probationary period, the following probationary periods shall be deemed to apply, (a) not more than one month in the case of unskilled workers; and (b) three (3) months in the case of other workers, but which period may be extended by a collective agreement.”

“…Now, you are saying, to qualify for a loan you have to be a contract worker for three years when essentially that person is supposed to be under permanent establishment based on the law. This – the government is misusing the contract,” he contended.

“They are abusing the facility of contracts. Contracts, as far as the union is concerned are supposed to be used as – you have a particular assignment, you go on contract, you have a task, you get a contract for a specific time, or example, you have particular expertise, and let’s say you are retired, you can get a contract but when you are talking about giving a contract to young people, this does not help young people, and it does not help the economy because the avenue for increasing salaries, and so forth to meet inflation is not there,” said the PWU boss.

“This was the brainchild solely of the government through the agitation, and advocacy yes, of the Union but they did not consult with us,” Grimes said, adding that “if they (the government had) consulted with us (at PWU), the main thing would be permanency”.

However, when probed, he was not in a position to say how many have been employed with the government for more than three (3) years to qualify for the GDB loan.