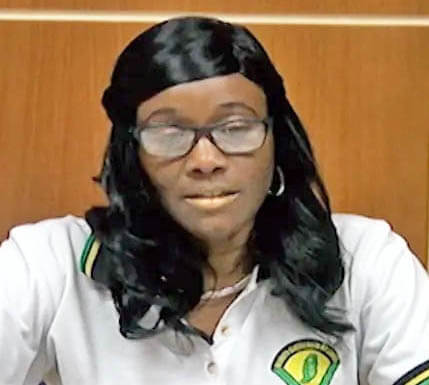 President of the Public Workers Union (PWU), Rachael Roberts has issued a strong warning to the state-owned National Water & Sewerage Authority (NAWASA) on the violation of the rights of workers.

In an interview with THE NEW TODAY, Roberts accused the water utility of not prepared to follow the Collective Bargaining Agreement process that was signed with the trade union movement for its employees.

“…We just want to say to Nawasa respect the rights of workers there and do not try to violate our Collective Bargaining Agreement because that is what’s happening within that institution,” she said.

Roberts also referred to a problem that surfaced in December with Nawasa in which the utility was not prepared to honour bonus payments due to workers even if it had the necessary financial resources.

“Nawasa was saying to the workers that they want to defer your bonuses at the end of the year and the workers had to stand up and say no – this has been earned. Why is Nawasa seeking to violate these workers’ rights?

According to Roberts, another issue that PWU has with the utility concerns the appointment of workers to the correct position based on their skills and for them to be properly remunerated.

“We have a situation in Nawasa right now where that is being violated and it has been violated for a number of years and we have been with the Ministry of Labour – we have called back Nawasa on the table to see if we can resolve it with them but we are not making any headway,” she said.

Roberts said that PWU will be going back to the water utility for another session this month at the Ministry of Labour to see if the parties can make headway, failing which it intends to go public with the issue.