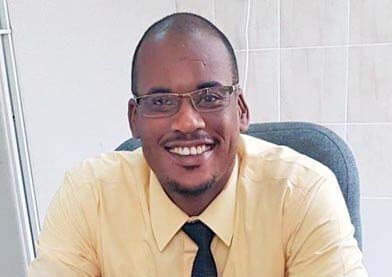 Amidst what was described as a “division in the rank and file of the public service,” the President of the Grenada Public Workers Union (GPWU), Brian Grimes has issued a clarion call for unity among members, a principle he believes would ensure that there is “a collective energy” in fighting the many battles faced presently by the trade union.

Grimes, took to his Facebook page on Sunday, where he issued the call, in light of what appears to be continued attempts by the ruling New National Party (NNP) administration of Prime Minister Dr. Keith Mitchell to destroy the public service, and create division among workers, by “treating some (workers) good, and giving them certain benefits,” while other workers are given certain “labels and titles.”

Speaking on the issue in an exclusive interview with THE NEW TODAY on Monday, the PWU leader expressed concern that government’s actions is slowly leading to a situation where “those (workers who are) benefitting from certain things, would not look to assist those who are not benefitting,” which in his view “is making it easy for the government to take advantage of workers”.

“It is critically important at this juncture where I am the leader of the Grenada Public Workers Union, and the baton has been passed to me, to express my desire that workers stick together. One of the fundamental tenets of trade unionism is to have solidarity, but we see that the powers-that-be have attempted to divide workers in the public service,” he said.

Grimes painted a scenario where longstanding public servants are overlooked for benefits such as wage increases, which is the recent and stark reality for some public servants (contract workers did not receive the 4% increase in their August pay).

He said that due to this problem “you have people watching each other cross-eye in certain ways in workplaces”.

“So, they (the government) are trying to divide and rule, and this is how (the) government is defeating the union, because of the division of the rank and file, and as a trade union principle, we must stick together. It’s all for one and one for all,” he remarked.

To emphasise his point, Grimes spoke of there being “more commonality in the operations of sister union, the Grenada Union of Teachers (GUT), simply because every member is a teacher,” as opposed to the public service, which is “a more difficult enterprise,” comprising varying professions, including, nurses, custom officers, inland revenue collectors, daycare caregivers, and plant propagators among others.

“So, the possibility of unity is more difficult (in the public service) but certainly, it is not impossible, and as the leader, it was just my cry, and my clarion call to ensure that we stick together so that all can benefit. “So, I am just encouraging workers, established workers, PSC workers, to stick together to make the union really strong.

The PWU boss encouraged established workers to “put a hand for your brother who happens to be a fixed-term contract worker, extend a hand, a voice because we are all in this together…”.

“Today it’s me, tomorrow it’s you, and vice versa. So, we all have to seek each other’s interest and have each other’s back.

“The struggles are not always won overnight, its takes stictutiveness, perseverance and it takes solidarity and working together, so look out for your brother and your sister in the public service and look to your union for guidance.

Related:  Over $4M needed to bring TAMCC workers up to 2022 pay grade

Grimes also took issue with recent statements made by Health Minister Nickolas Steele that the government is not poised to provide remuneration to frontline workers, many of whom are employed on contract, and were also not on the receiving end of the 4% increase in their salary last month.

Minister Steele, who was responding to a question posed during a press conference in St. George’s last week Friday, sought to give assurance that “if the ability was there … to give them additional recognition, most definitely, we will do so.”

Steele said: “Our frontline workers have been providing yeoman service from day one and I make it a point to consistently recognise them, and I can say that while additional renumeration would make a difference for them or would be appreciated, that’s not why they are doing it, they are doing it because that is what they do naturally, it’s their profession, their calling, it’s in their blood so to speak.”

However, the PWU boss, who represents a cross section of frontline workers, who he said have been putting their lives at risk working during the pandemic, labeled the Health Minister’s remarks as “hypocritical.”

“Hypocrisy is saddening, and it is very unfortunate, and we hope that the trend is reversed,” Grimes said, pointing out that, “now we have COVID-19 in this country, and frontline workers like nurses, and doctors have done such an exceptional job putting their lives on the line, operating in so many risky situations…we are talking about a time where there can be a tangible benefit such as wage increases to that hard working sector of the public service, you have economic apartheid again, and discrimination”.

He recalled that “in April of 2020, the government said listen, we gonna salute you with sound, which is almost an empty gesture, not long lasting at all, and it was accepted then but now…many nurses, and junior doctors have reached out to the union saying that they did not receive that 4%, and it hurts them not simply for the 4% and the economic boost it can give but it’s like a slap in the face, and we are just hearing empty rhetoric from the authorities and the powers-that-be”.

“So, we can say that it’s hypocritical for them to say yes, you are outstanding, you are doing a great job even in the Prime Minister’s address, and so forth but when it comes down to it, they (the government) (have) taken it seems, some sort of accounting decision to discriminate against these hard working workers,” said the union leader who vowed to continue seeking justice for the workers on this issue.

“Could you imagine a nation without unions left open to the whims and fancies of employers in this country? Do not allow the powers-that-be to make you turn your back on the union based on the policies that they make,” he warned.

“They will find all reasons to justify the malice, and even attempt to trick you to turn against your union but you must remain strong, vigilant and intelligent,” added Grimes who also used the opportunity to remind members that “the union is a pillar in this country that is protecting the workers at this point in time.”