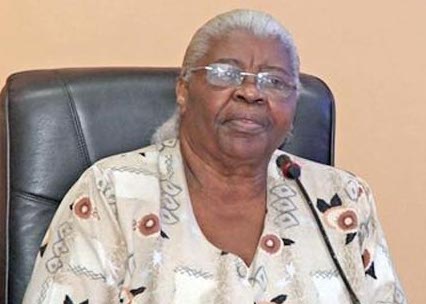 A former official of the Public Service Commission (PSC) in Grenada has said that the current members should feel embarrassed over their recent appointment of a convicted fraudster to the post of Superintendent of Police within the Royal Grenada Police Force (RGPF).

The official was speaking to THE NEW TODAY which on Friday carried an article under the headline banner, “Convicted fraudster promoted in RGPF”.

Wilson was charged by the Criminal Investigation Department on instructions from current Director of Public Prosecutions (DPP), Christopher Nelson after a probe found evidence that he had falsified a document about a vehicle at the Inland Revenue Department (IRD) at the Ministry of Finance.

The controversial police officer who was allowed to resume duties as an active member of the force under a former New National Party (NNP) government was among 24 police officers who received promotions at the ceremony held at the Special Services Unit (SSU) headquarters at Point Salines.

The former PSC member said that he spoke with a senior public sector employee with ties to the commission after the article was published and was told that Wilson’s name came on a list sent for promotion by the Police High Command headed by the island’s chief cop, Edvin Martin.

He said that he got the impression that some members serving on the body knew of the court incident involving the controversial promoted Superintendent of Police but “were prepared to sweep it under the carpet for whatever reason”.

According to the source, the matter was briefly discussed by the commission at a session Tuesday and it appears that the Supt Wayne Wilson matter is now closed.

He said he understood that head of the body, former Cabinet Secretary Beryl Isaac and second in command, the long-standing PSC member Prescott Swan did not call for the Wilson files in the office to review it since it would have given them information on the court conviction.

He told THE NEW TODAY that he formed the impression that some PSC members especially those who have been sitting on the commission for several years are fully aware of the court conviction but might have been unwilling to take action since instructions might have come from “higher up” to promote Wilson to the post of Superintendent.

“That is highly embarrassing. A lot of crazy things (are) happening. These people have to learn to do things properly,” said the ex-PSC Commissioner.

The source indicated that Isaac reportedly told the meeting that there will be no further discussion within the PSC on the Wayne Wilson matter.

“The discussions didn’t go very far (on Supt Wilson). The mere fact that there wasn’t much discussion on it tells me that they didn’t want to delve deep into what happened – they just (want to) leave it at that,” he said.

According to the source, the information coming out of the PSC session seemed to indicate quite clearly that Isaac did not know of the Wilson court conviction when his promotion came up before the body.

He said that the PSC head told the meeting that if Wilson was reinstated then it meant that they did not have enough evidence against him.

“I don’t know if she’s just playing naive (to make such a statement) because she must know. All she (was) saying (in the meeting) is that if the man was found guilty … if it went to court and they reinstated him it’s probably because they didn’t find any evidence to prosecute him,” he remarked.

The high-level source stated that the tone of the PSC meeting instead sought to lay blame on staffers within the office for the leak of the Wayne Wilson matter to the media.

He said that one commissioner retorted that the PSC discussions are highly confidential and should not go out into the public domain.

The former senior public officer said the commission could have handled the Wilson matter differently by putting him to work in a less sensitive area after the court conviction and still make sure that he was able to get some form of financial rewards.

“Don’t make it so blatant especially if you have adverse information inside the office there on the man – how can you do that (promote him to Superintendent)?

“It’s making it look like wrongdoers get promoted in the system and then little people are being punished for small things and so on. This doesn’t look good at all. This one doesn’t look good. I was shocked when I saw this thing (in the newspaper). This one is really bad.

The former PSC member said the Commission should not have swept the issue under the carpet but move quickly since the Wilson matter is now in the public domain and rescind the appointment in order to save face.

THE NEW TODAY understands that it was the second list for promotion that was sent down to PSC by the Office of the Commissioner of Police within a 2-month period.

A well-placed source said that the first list had the names of about 50 police officers for promotions but left it open to the commission to make the decision.

He said that the list was sent back to Fort George with instructions for the Police High Command to identify the specific officers for themselves and not get “the commission in this brawl”.

It was felt, he said, that the Commissioner of Police did not want to take any blame from the rank and file members of the force over the nominees but for fingers to be pointed instead at the PSC for the promotions.

Over the years, several police officers including ASP Senneth Joseph, the retired Rholda Bridgeman and the late Byron “Donkey” Clyne have taken the Commissioner of Police to court over promotion issues.