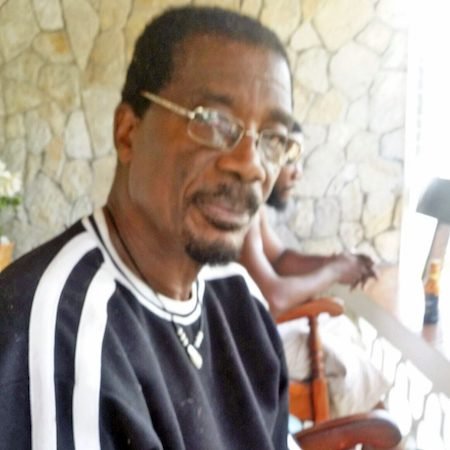 Prescott Swann – head of the PSC

Chairman of the Public Service Commission (PSC), Prescott Swan has said that his body did not appoint retired public officer Carlton Frederick to replace the embattled Fabian Purcell as acting head of the Physical Planning Unit (PPU) within the Ministry of Finance.

In an exclusive interview with THE NEW TODAY on Wednesday, Swan said that the commission held its first meeting for the year on Monday and the issue of Frederick taking over from Purcell was not on their agenda.

He expressed surprise at the return of the retired public officer to the position given the fact that a previous PSC had “serious issues” with him before and that he had to be removed from within the department.

According to Swan, the PSC did not receive any communication from the Line ministry in charge of PPU on the Frederick appointment and he did not know who would have appointed or sent him to take charge of the department.

Swan stopped short of expressing grave concerns with the manner in which the commission is now being used and treated by the Mitchell-led government.

When this newspaper called Physical Planning on Wednesday, the Secretary said that Frederick was not immediately available since he was out of office attending a meeting.

When Frederick was contacted via cellphone a few minutes later, he said that he was busily engaged in a meeting and would not be available until the next two hours.

Last week Friday, Swan was contacted by THE NEW TODAY on the impending Frederick appointment in light of widespread reports in the country that he would be sent into the unit to take over from Purcell.

“I do not have that information,” said Swan when the question was posed to him.

However, he said that according to law, such an appointment must be made by the PSC, which is the sole body responsible for hiring and firing public officers.

The return of Frederick to act as head of PPU is controversial in light of the fact that he is a known politician with the ruling New National Party (NNP) government of Prime Minister Dr. Keith Mitchell.

A check with the NNP website listed Frederick as the elected Treasurer of the party at the last convention held in October.

He is also known to be a close political advisor to the Member of Parliament for St. John, Fisheries Minister Alvin Da Breo and is also a member of the executive of the Constituency branch.

During the 1984-90 rule of the previous NNP regime of late Prime Minister H.A Blaize, civil servant Norris Nelson who was an Engineer in the Ministry of Works under Dr. Mitchell’s stewardship, was forced to give up his appointment to a party post in St. Patrick West when he was politically exposed.

THE NEW TODAY also spoke with a member of the commission who expressed “disgust” with the manner in which the PSC is often treated by the political directorate.

He felt that the PSC which is recognised by the constitution as the sole body to look after the public service, has now become a rubber stamp for the politicians.

According to the official, 90% of the work of the commission has been reduced to ratifying things that have already been done by the politicians at the level of the ministry.

Swan was also asked to comment on the claim made by the embattled Purcell that he was sent home as Acting Head of PPU by the Permanent Secretary in the Ministry of Finance.

Purcell has become the subject of an investigation into allegations that he had accepted bribe money amounting to approximately EC$7000.00 to fast track an application for the failed shrimp farm project that was earmarked for Victoria, St. Mark.

The senior civil servant told this newspaper that he had received a letter of suspension from the Permanent Secretary in the Ministry of Finance Patricia Clarke via email informing him that instructions had come from the PSC while a probe was being conducted into the allegations made against him.

Swan maintained his position of a week earlier that the PSC did not have anything to do with that alleged letter as the matter had not come up in their deliberations.

When asked if as head of PSC that he was not concerned with the handling of the Purcell matter, Swan said that there was nothing for the commission to look into as the embattled PPU head did not file any complaint before them.

He stated that the only matter that came up involving Purcell was at Monday’s meeting of the commission when correspondence was received from the Ministry of Finance on the bribery allegations made about him in the newspaper.

He said that Purcell had applied for holiday leave and it was granted by the PSC.

Swan was also asked to comment on reports that there might have been “a round robin” of the PSC on the Purcell matter prior to Monday meeting.

He said that he could not recall any such thing taking place as no one had contacted him on the suspension issue.

This newspaper was responsible for the exclusive article in December in which Purcell admitted that he had received monies from the developers of the failed shrimp farm project in Victoria.

Former Senior Operating Manager Construction/Engineering for the Grenada Sustainable Aquaculture (GSA), Manfred Soeffing, the company that was behind the failed Shrimp farm project, said that the money was paid to him as “a bribe” to fast-track their application for the St. Mark project.

When questioned by this newspaper, Purcell disputed that he had collected EC$7000.00 from the project developers as indicated on a wire transfer, saying that it was only EC$1500.00 that was given to him.

He rejected suggestions that the money was in the form of “a bribe” or that he had engaged in an act of extortion to get the money paid into his bank account by GSA.

According to Purcell, he assisted the project developer in doing a Topographical Site Survey for the outline planning application for the project as it was regarded as very critical for processing the application since the person who was assigned to do it, Venance Msacky, a former government surveyor, had been slow in getting it done.

He said that he used a Geographic Information System (GIS) software to do the work outside of government office and that had to be paid for.

However, Msacky disputed this, saying that he had done the work himself in keeping with his contract and had submitted the survey drawing to Kenrick Gabriel & Associates who was involved in the design work for the Shrimp farm.

Over the years, staffers at PPU have been constantly accused of doing architectural drawings for projects and taking part in the approval process for a fee from persons who submitted applications for construction projects.