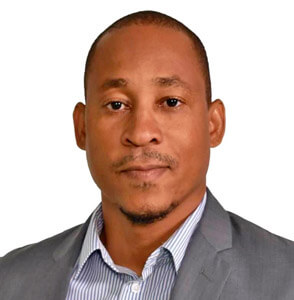 The former Keith Mitchell-led New National Party (NNP) government that was defeated in the June 23 general election did not engage in any borrowing but utilised its own funds from the Consolidated Fund to repurchase the majority shares from U.S Company, WRB Enterprises in Grenlec.

This was disclosed to THE NEW TODAY by Permanent Secretary in the Ministry of Finance, Mike Sylvester who said that no external borrowing was used to get the company back under government control.

According to Sylvester, everything came from government accounts in Grenada from taxes, and fees and fines that were accumulated over a period of five years.

The senior official in the Ministry of Finance said there has been some confusion in the media about the budgetary allocation and the need to go to Parliament with a Supplemental for approval to get the actual funding for the transaction that was undertaken by the NNP regime to pay the almost EC$200 million for the shares.

He pointed out that all the Mitchell-led government needed to do was to identify an allocation for the funds as approved by Parliament to be able to facilitate any payment out of the Consolidated Fund and that the Public Finance Management Act, Section 23 speaks to the whole issue of reallocation of Savings.

“If there was a project that was budgeted for and for whatever reason that project is not implemented or delayed you can reallocate that funds within constraints of course to be able to fund existing items of expenditure by beefing that up or new items of expenditure,” he said.

“What would have happened in the case of the Grenlec matter is that you would have had reallocation from various sections of the budget to be able to do that given the size of the transaction,” he added.

Sylvester acknowledged that there were misguided issues in the minds of the public about savings by government over the years and that kind of confusion in the public domain resulted in a misunderstanding about how the Grenlec transaction was funded.

“The issue is that once you have the allocation then you have to have the cash within the funds or whether you borrow it to be able to facilitate the payment. If you have an allocation that you didn’t spend you could basically reallocate that to the transaction.”

“I am confirming that it was from the Consolidated Fund – the government has several accounts in the domestic banking system as well as in the ECCB where you should have money if you were to pursue fiscal discipline in a particular way and don’t spend what you get.”

According to Sylvester, the Public Finance Management Act refers to the funds as savings but people confuse that with cash.

“Let’s suppose I have a project that is funded by the World Bank and during the Budget process I would have put in the budget $5 million because I believe at the time of the budget preparation that I would have either drawn down or based on how these payments are made – they are made directly sometimes from the financial institution to the contractors and so on, that I would in that particular fiscal year basically used or expend $5 million but let’s say that the project is delayed and I have not done anything for that particular year, that $5 million allocation is not cash that is in a bank account – it’s the Appropriation from the Budget approved by Parliament.”

“The law allows the Minister of Finance to reallocate that Allocation or Appropriation to other areas – whether it’s a new item of expenditure or whether it’s an existing item of expenditure within the confines of the act. So you are not using monies for a particular project for another project – what you are basically reallocating is the Allocation.”

PS Sylvester disclosed that within the Government Consolidated Fund, there are various accounts and some of these accounts have strictly earmarked funds and in some other cases there are funds that are basically domestic funds from taxes and budgetary support.

He said that in some cases the government may get budgetary support like grants from St George’s University (SGU) that is not tied to any particular project and those funds can be used by the State to handle transactions like the Grenlec deal.

“You may have other sources – for example from revenues and taxes and so on that you collect – that are in your operating account that you can use to facilitate any of these transactions once the Appropriation is approved by the Parliament.”

The Mitchell-led government reportedly paid almost three times the actual value of the Grenlec shares based on the terms of a 1994 Share Purchase Agreement (SPA) which was modified in 1995.

In 2013, WRB gave the then NNP government an opportunity to acquire its shares for EC$80m, some EC$100m less than the amount paid now, but the offer was not accepted.

Based on the 1994 SPA, which the Mitchell-led Administration agreed to in 1995 after taking the matter to international arbitration for the first time, the 2016 Electricity Supplies Act initiated a “repurchase event”.

One of the terms of the 1994 SPA is that the passage of any regulations which the company finds to be unfavourable to its ability to operate in the market then the government would have to buy back the shares.

The Mitchell-led administration which often demonstrated a hostile stance against the Florida-based WRB Enterprises was forced to buy back the shares after an international tribunal ruled in favour of the private company after hearing its case.