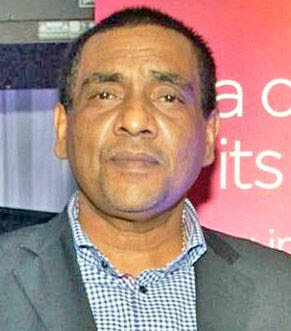 Sen. Christopher De Allie - implementation rate is going to have to be phenomenal to get 6% growth

Uncertainty continues to loom over the Keith Mitchell government’s ability to realise 6% growth in Gross Domestic Product (GDP) in 2021, with Private Sector representative in the Upper House of Parliament, Senator Christopher De Allie adding his voice to the critics.

In making his contribution to the budget for 2021 as announced by Finance Minister, Gregory Bowen, Sen. DeAllie expressed reservations about the government’s ability to meet the growth targeted for fiscal year 2021.

He said: “When you look at the analysis that was presented, we expect to decline by 12.2% in GDP for 2020 and we are also projecting a growth of 6% in GDP for 2021 in absolute terms – we are talking about an 18 plus percent turn around in GDP.”

“…Now when you look at the sectors to drive that (growth) agriculture and construction and to some degree wholesale and retail trade, I have my concerns about that,” he told Parliament.

The private sector representative stated that governments around the world are looking towards public sector investment and the construction sector “as a short-term measure” to drive economic recovery at this time.

DeAllie expressed doubt that this will augur well locally, pointing to existing issues of implementation and capacity in terms of government having equipment for deployment on the various projects projected for the coming year.

“2021 starts in the next few weeks and the implementation rate is going to have to be phenomenal for us to get 6% growth under the construction and the PSIP (Public Sector Investment Plan) and I am seriously wondering if we can do that,” he added.

Sen. De Allie went on: “If the private sector as detailed in this budget is going to be involved in billion dollar projects projected to come – Mt. Hartman and others and these projects start in any serious way in 2021…the whole construction and all that comes with that is going to require serious equipment and the deployment of these equipment.

“Do we have the capacity in terms of equipment to handle the rate of implementation and completion and to generate the rate of economic activity and employment that we want to do in the economy?” he asked.

Based on the $305M capital investment announced by Finance Minister Gregory Bowen in the 2021 budget, the majority of jobs will come from the construction sector, which the government expects to see boost unemployment, which it said went from “15%” prior to the COVID-19 pandemic to “28.4% when the country reopened its borders in October.

However, in a recent statement, former Senator in the Upper House for the National Democratic Congress (NDC), Ron Redhead shared the view that this is not a realistic approach for transformation that would be required at this time.

“I do not see a great level of transformation that would be in line with the post-COVID requirements. Are we to assume that everyone affected by Covid-19 was employed in the construction industry? I don’t think so. We have to be more creative than that,” he remarked.

“I have little faith that we can build resilience to the economy to withstand any external shock in the future with this plan. We have a lot of work to do and we must prepare for very serious times ahead,” he said.