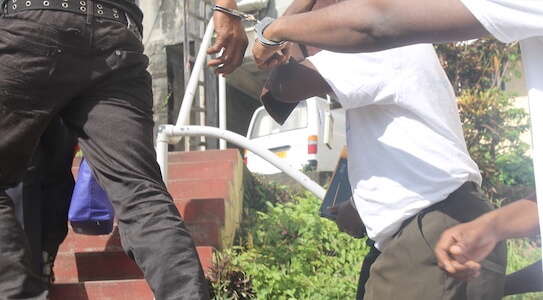 A senior member of the Judiciary in Grenada has made a call for the new Congress government of Prime Minister Dickon Mitchell to place greater emphasis on the Judiciary than his predecessor, Dr. Keith Mitchell and his New National Party (NNP) administration.

‘The Judiciary has been neglected for the past 20 years. To put it very mildly, we have been neglected, they don’t look at us – we get the dregs,” said the judicial official with over 25 years of legal experience.

According to the legal luminary, some courts manned by judges and magistrates are lacking when it comes to the provision of adequate staff to carry out their functions.

She said that a whole set of untrained Imanis and not established public officers appointed by the Public Service Commission (PSC) are sent to do a lot of the work in the Judiciary especially at the level of the Magistracy.

“The court is a very confidential place and it is a very highly specialized (place) – you just can’t take somebody from the typical civil service and send over,” she told THE NEW TODAY.

The legal official said that in many instances these workers do not even know what a simple thing as a warrant is and are lacking in knowledge when it comes to the operations of the court.

Referring to the courts as “a highly specialised area”, the member of the Judiciary said that the authorities just keep sending “these Imanis to us and they expect us to function.”

She spoke of highly placed officers within the court system often expressing their concerns with the relevant authorities but it is only one promise after another that is given when it comes to addressing the issues affecting the smooth functioning of the court system and nothing really happens.

“I am hoping that this new government is different – that’s all I can hope for. I am telling you nothing is happening in the judiciary – everybody (is) stressed (and) under pressure,” she remarked.

According to the source, the public is not aware of the pressure that judicial officers are currently undergoing in Grenada in order to keep the legal system functioning for citizens.

In addition, she said that several institutions on the island have just been left to fall apart by the wayside under the previous NNP regime but a “few persons” have taken on their own to “keep the thing going” in order to give the impression that things are going well.

“The back end part of it (is) people don’t know what is going on – they don’t know the frustration and problems day to day that we have just to keep the system going and from total collapse,” she said.

The high-level legal official pointed out that even the police officers who are assigned to work in the court precincts are stretched to the limit, especially those at the Central Police Station on the Carenage.

She referred to a situation in which court matters are often adjourned because the police have only one vehicle available to go around the country to serve thousands of summons to persons to attend court.

She praised the police officers for doing their best and providing a service to the court system without much complaints.

Prime Minister Dickon Mitchell has told aides that he understands the urgency of dealing with several issues affecting the judiciary especially in light of the recent incident involving British national Alexander Roberts Clack who was freed from prison after serving only 8 of a 67 year jail sentence for killing his wife, Nixiann Downes-Clack.

The Court of Appeal released the convicted murderer after the Supreme Court Registry could not provide a full transcript of the proceedings in the high court.

Speculation is rife that Prime Minister Dickon Mitchell might not be able to provide all the necessary funding to significantly improve the Judiciary in the 2023 budget to be presented before year-end but might seek to address some of the major shortcomings in the following budget.