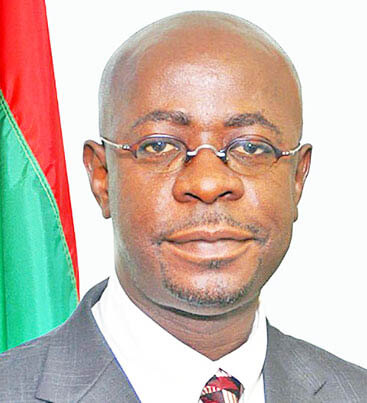 The Grenada private sector is apparently not willing to throw their support behind former Finance Minister Nazim Burke if he makes himself available to become the new leader of the National Democratic Congress (NDC) at Sunday’s annual convention of the main opposition party in the country.

Burke who led Congress to a 15-0 defeat at the national poll in 2018 had approached the National Secretariat to express an interest in the contest which is currently a fight among three contenders –  attorney-at-law Dickon Mitchell, businessman Phillip Telesford who is a major poultry producer, as well as Terry Forrester, a former member of the ruling New National Party (NNP).

One party insider told THE NEW TODAY he is convinced that Burke will not be offering himself for the post of party leader but this week a member of his St. George North-east delegation said that the former Parliamentarian will be nominated from the floor to contest the post.

Burke has not made any public statement on whether he is running for the top position in NDC which is trying to rebuild after successive 15-0 defeats in the polls at the hands of the ruling New National Party (NNP) of Prime Minister Dr. Keith Mitchell.

There are reports that some top party members met privately with Burke just over a week ago to strike a compromise with him to throw his support behind Mitchell for the job of Political Leader and in exchange take up the post of Chairman of Congress.

However, a leading private sector official on the island expressed grave reservations about Burke who was a leading figure in the ill-fated 1979-83 Grenada Revolution.

Thirty-eight years after the collapse of the People’s Revolutionary Government (PRG), some key members in the local Business Community are distrustful of Burke who was named as the new Minister of Finance in the October 1983 bloody upheavals in which Prime Minister Maurice Bishop was executed.

The ex-NDC leader has been giving mixed signals on the controversial issue of whether he had performed in the role of Minister of Finance following an announcement from the PRG that he had succeeded Bernard Coard who resigned following a bitter struggle with Bishop on Joint Leadership (JL) of the then ruling Marxist-oriented New Jewel Movement (NJM).

High-ranking members of the local private sector have been peeved over statements allegedly made by Burke that during the Grenada Revolution he never held a gun in his hands.

According to a prominent private sector official, the former Finance Minister in the 2008-13 Congress government cannot be trusted since he did attend a meeting on October 23, 1983 at Butler House with a delegation from the Grenada Chamber of Industry and Commerce (GCIC) in army fatigue and with a pistol on his side.

Retired trade unionist Chester Humphrey, a revolutionary colleague of Burke in the 1979-83 period, has challenged him, stating that he had been in the company of Burke when he had a gun.

Former Army Commander, General Hudson Austin has also challenged Burke’s claim and accused him of being a liar to state that he never held a gun during the Grenada Revolution.

According to the private sector official, the GCIC delegation reported after the meeting that they met with Burke, who headed the government delegation that also included former Accountant-General, Angus Smith, Guyana-born Christopher Ram who played a key role in the establishment of the National Insurance Scheme (NIS) in 1983, and Major Keith Roberts.

“Nazim likes to deny it but Nazim was wearing army green with his little peepers – you remember it used to have them little eye glasses in those days – and gun on his hip – he had full army uniform with his weapon on his side,” the businessman told THE NEW TODAY.

According to the private sector official, Burke told the GCIC delegation to “tell imperialism that everything alright, don’t get panic, don’t invade” the country in the wake of the assassination of Prime Minister Bishop.

He recalled that the country was under the shoot on sight 4-day curfew but the private sector was summoned to a meeting by the leaders of the palace coup against Bishop although some of them were fearful of leaving their homes in the current situation.

He spoke of the members of the GCIC team being guaranteed freedom of movement to attend the meeting to be held at Butler House, the then official office of the Prime Minister.

He said the Burke-led government team informed the private sector that the following day was Monday and they expected business places to open their doors to serve the public.

The businessman quoted Burke as telling the GCIC team members that the private sector “could relax and everything in the country will be okay, don’t panic, business as usual”.

He said that Burke also delivered a message to them to give to the United States – “If imperialism called and ask – tell them everything ok, you don’t have nothing to worry about”.

The businessman is insisting that they were told that Burke met with the GCIC group in his capacity as the new Minister of Finance.

He said it is time for Burke to admit that he was a young man when these (bad) things happened (in the Revolution) but things have since changed and that he is now “grown up”.

“He’s afraid to face his past which is childish because the only person that is denying it is him. Everybody else knows what it was,” he added.