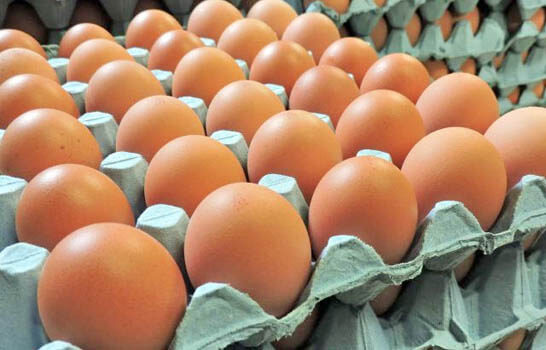 Eggs stack together in preparation for distribution

A local poultry farmer has accused the Richmond Hill prison of using government subsidy to provide unfair competition for them in the sale of eggs.

In a telephone call to THE NEW TODAY, the poultry producer said that eggs from the prison are selling much cheaper on the local market than those from private farms due to the kind of assistance the institution receives from the State.

The angry poultry farmer charged that the prison is currently under-cutting the price that eggs should be sold locally based on the recommendations of the Grenada Association of Poultry Producers (GAPP).

According to the farmer, the prison is not paying for workers like other private sector concerns but is using prisoners in the production and does not have the kinds of overheads as private farms in order to stay in business.

“All of these things are written off by the government, so they could sell all their surplus eggs for anything they want to sell it at” he remarked.

The poultry farmer told THE NEW TODAY it is extremely hard for him to compete with the eggs sold on the local market by the prison.

He said that any price he sets for his eggs the prison can call much lower prices than him given his overheads.

“I have staff to pay, I have to buy gas to travel to deliver eggs – they have none of these things to do. The prison is under-cutting farmers,” he added.

According to the farmer, the prison should be producing eggs to feed inmates and government institutions like the hospitals and police force but it is now operating on the open market and supplying shops and supermarkets at cheaper prices and this is a major problem for local private producers who do not get any form of subsidy from government.

He stated that some of his own customers have been asking him to sell below the GAPP-approved price due to the fact that they can get eggs from the prison at a much cheaper price.

The farmer said he has been losing money due to the fact that he has been forced to cut the price of eggs in order to keep customers and when he has a surplus and tries to get it off his hand as quickly as possible.

“This is affecting the whole market on a whole,” he added.

The farmer disclosed that he has brought the issue of the under-cutting of price by the prison to his association and the impact it is having on local producers and they have done nothing to address the issue.

“I don’t see why we should be paying taxes, feeding the prison and they are still coming back and competing with us,” he said.

He insisted that in some cases it is not really competing with the local producers but flooding the market with cheap prices for eggs.

The farmers pointed out that the prison has lots of birds on hand that are purchased from the government coffers and they just keep buying more and more and creating problems for local farmers.

He said that due to the thousands of birds on hand, the prison is getting hundreds of eggs per day and just flooding the market with it.

THE NEW TODAY cannot independently confirm whether the prison is obtaining funds directly from government to purchase feed for the birds from Caribbean Agro Industries.