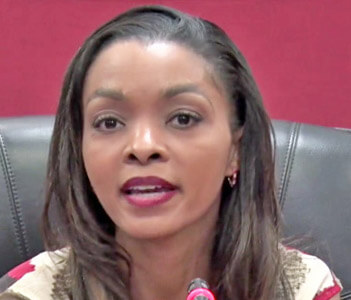 At least one Journalist has expressed concern with the communication structure in place at the Botanical Gardens under the new Dickon Mitchell-led Congress administration.

Dr. Kellon Bubb, host of The Bubb Report addressed the issue after the newly appointed Press Secretary in the Office of the Prime Minister allegedly read and ignored messages sent to her official Whatsapp number last week, inquiring about the government’s deliverables concerning the just concluded climate summit in Egypt, which was attended by Minister for Climate Resilience, Environment and Renewable Energy, Kerryne James.

According to Bubb, although there were signs that the Press Secretary did read the messages sent to her via the app, she “did not even have the courtesy of responding.”

He used the opportunity to speak out on behalf of other journalists, whom he said have expressed similar concerns,” and that some have even related that “they have not received a response to their messages (sent to the Government’s Press Secretary) for months.”

He charged that the Press Secretary’s position is paid for by the taxpayers of the country and that “while the (new Congress) administration’s position may be one of only talking to its base via its platforms such as the NDC Heartbeat Programme, and the Government Information Service (GIS), they must be aware that the press with all of its flaws is still a feature of the democratic process in Grenada.”

Dr Bubb had also critiqued the previous New National Party (NNP) government of Dr. Keith Mitchell for what he termed “its very bias and divisive practice of pitting some journalists against others, inviting some journalists to press conferences and not others, and holding specially curated media availabilities” which have left a bitter taste in the mouth of the national community.”

However, he recalled that although the former Grenadian leader never agreed to appear on his programme, his former “Press Secretary Philomena Robinson always responded to me with a definitive no in all cases saying that former Prime Minister Dr. Keith Mitchell did not have time for The Bubb Report.”

Expressing the view that because someone “may rightly disagree with the reporting approaches of some journalists that’s not a good reason respectfully to engage in the practice of strategic hosting.”

Dr. Bubb noted that PM Dickon Mitchell has given “assurances that they would have more open and cordial relationship with the Grenadian media” and expressed the view that “as one of the official spokespersons for the administration, the Press Secretary must weave together the interest of reporters and the Prime Minister’s Cabinet.”

In addition, he said that Press Secretary Carter “must also work with various constituents and government officials to create a portrait of government and its policies that they want to deliver publicly, which goes beyond moderating these very infrequent need-to-know press briefings that are happening these days.”

The programme host recalled that in the lead-up to the June 23 General Elections, the members of Congress had subjected themselves to public scrutiny, and had also heavily criticised former Prime Minister Keith Mitchell for not responding to requests when invited to appear on various media platforms.

Since assuming the role as Press Secretary, Carter has outlined a format allowing each reporter to ask two (2) questions at government’s Post-Cabinet media briefings in order to allow an opportunity for each media personnel to ask questions.

However, in most cases the opportunity for reporters to pose another round of questions never comes around due to time constraints, a matter brought to the attention of the Media Workers Association of Grenada (MWAG), which is said to be seeking to engage the Congress government on the issue.