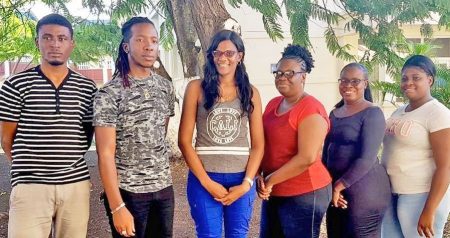 Media Workers in Grenada have been called to a general meeting to be brought up to date on new rules established by the Grenada government relating to how reporters are expected to conduct themselves when attending government news briefings.

In recent weeks, the Media Workers Association of Grenada (MWAG) has come under fire from the public as well as past executive members for its handling of incidents that are being viewed as attacks on Freedom of the Press.

Garraway is currently under fire after freelance and independent journalist Calistra Farrier accused him of assault.

At the time, the government minister was attempting to block an interview between the journalist and Minister for Tourism, Dr Clarice Modeste-Curwen, from taking place.

The journalist is said to have formally filed a complaint against Sen. Garraway with the Criminal Investigation Department (CID of the Royal Grenada Police Force (RGPF).

During the meeting, schedule for next week Saturday, Noel is expected to report to members on the discussions with Sen. Garraway.

The association is yet to meet with Farrier, who is at the centre of the most blatant attacks by the Keith Mitchell-led government on the operations of a free press.

The current executive of the media association consists mainly of government employees attached to the Ministry of Information run by Sen. Garraway, as well as Public Relations Officers attached to government ministries.

The new rules handed down by the Ministry of Information seek to ban reporters from asking questions that the government considers to be unrelated to the topic of the press conference.

The rules also seek to ban members from conducting follow-up interviews after the weekly post-Cabinet briefings have ended.

The measures being initiated against the media appear to stem from an occasion when Prime Minister Mitchell was asked to give clarification of his marital status after months of rumours that he was no longer married to his long-standing Bajan wife, Marietta Mitchell.

After this question was put to the Prime Minister, Press Secretary Philomena Robertson read a statement at a subsequent news conference in which she reprimanded the media and lectured them on conducting themselves with respect and professionalism during government news briefings.

On another occasion, the Press Secretary also tried to block an interview between Miss Farrier and US Ambassador to St George’s and the OECS.

The journalist had been asking questions about Grenada’s sale of passports through the Citizenship by Investment Programme, to people from countries list in the U.S State Department’s 2017 report on nation’s considered to be State Sponsors of Terrorism.

MWAG has not stated a position on the new rules and after Saturday members will know whether the Association will go along with the orders from the Ministry of Information.

The Association has been silent on many issues affecting local journalists and has not acted since demanding an apology from the Press Secretary after her reprimand of the Media which she is yet to do.
Among those who have criticised MWAG for their lack of action in the face of attacks on the press are former Association Presidents, Rawle Titus and Michael Bascombe.

In a joint statement released last week, Titus and Bascombe said, “MWAG was once a leading voice for press freedom and always stood in solidarity with colleagues at home and abroad. We therefore call on MWAG to step up its role as a watchdog body.”

Titus and Bascombe’s statement expressed concern about the state of the relationship between the government and the Grenada media.

“As former Presidents of the Media Workers’ Association of Grenada (MWAG), we are concerned about the deteriorating relationship between Grenada’s media fraternity and the Government.

“It appears that certain media practitioners are being targeted for carrying out their functions in posing questions to government ministers.

“In recent weeks there have been a couple instances in which the same reporter’s decision to pose questions have transformed into a public confrontation.”

The past presidents also reminded government of its declaration to foster a free press and condemned the recent actions by the government to intimidate journalists.

“Press Freedom is a serious issue and the government must be reminded that it is a signatory to the Declaration of Chapultepec guaranteeing press freedom. The Information Minister himself must be front and centre in setting an example for his administration. The act of publicly seeking to stop a reporter from asking an official a question is a violation of press freedom.”