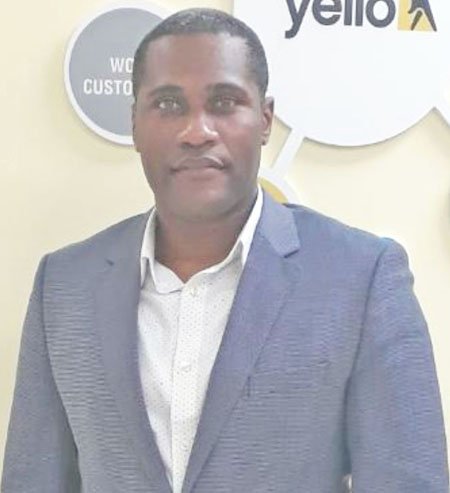 The President of the Grenada Association of Poultry Producers (GAPP), Jason Phillip has lashed out at Caribbean Agro Industries (CAI) and the scant regards shown by the local producer of feed to poultry farmers on the island.

In an exclusive interview with THE NEW TODAY newspaper, Phillip said that GAPP was forced to struggle on its own without any help from Caribbean Agro to bring in feed from Trinidad & Tobago over the last weekend to prevent their birds from dying.

Health Minister Nicholas Steele has ordered the company closed due to the discovery of five of its employees with the dread coronavirus disease.

Phillip charged that CAI has made millions of dollars in this country given its monopoly status for animal feed and did not seem to be very much concerned about the plight of local poultry producers.

The GAPP boss said the local mill was approached to help with importing feed in the circumstances but he formed the impression that there was no “hurry” on its part and that it was taking its time to bring the product into the country.

“We were left with no choice to do what we did. Total disregard was shown to the farmers by Caribbean Agro Industries”, he added.

Phillip felt that the company should have shown a much better side as a good corporate citizen given the millions that it makes in Grenada with its monopoly status on feed for the local poultry industry.

He charged that Grenadian farmers are not getting the best possible deal from CAI since the association has evidence that the local mill was selling the same feed on the regional market at a cheaper price than was the case in Grenada.

He spoke of GAPP having information which points in the direction of Caribbean Agro selling feed to a particular family-owned business in Antigua for lower prices than those offered on the local market.

The GAPP President was not too impressed with the assistance given on the issue by Agriculture Minister Yolande Bain-Horsford in helping them to resolve the critical issue facing the survival of the birds in the crisis.

He said the senior government minister did not offer any suggestions or solutions to the problem except to point them in the direction of Trade Minister Oliver Joseph who agreed to give them an import licence to bring in feed from Trinidad & Tobago.

However, the local association president was full of praise for Acting Commissioner of Police, Edvin Martin for the assistance given to poultry farmers to make it possible to bring in the shipment of Feed from the National Flour Mill of Trinidad & Tobago.

He said that the island’s top cop was quick to give permission for the crew members of the cargo boat “Liberation” to travel during the curfew lockdown hours from their homes around the island to board the vessel to make the trip to the twin island republic for the feed.

He also expressed appreciation to the company in Trinidad for coming to their rescue in such short order.

According to Phillip, it was the first time that local poultry producers had approached the overseas company for feed and that they were quick to offer whatever assistance was necessary to save the birds in Grenada.

“We are tremendously grateful for the assistance that they gave us”, he remarked.

The GAPP boss who runs his own small poultry farm in La Borie, St. Paul said that the move to bring the feed out of the neighbouring twin island republic saved the day for the industry as many birds were on the verge of dying.

He stated that it was a venture that the association had to undertake for its 700-strong membership without even knowing the cost of chartering Liberation to make the trip for the feed.

GAPP is said to be in discussions with the Mill in Trinidad on bringing in another shipment to address a shortage of feed on the island.