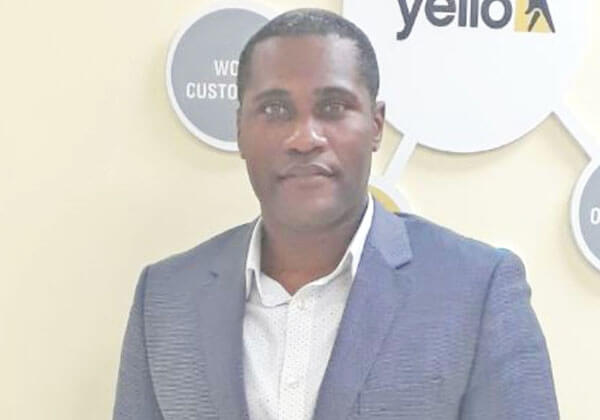 Jason Phillip - President of the Grenada Association of Poultry Producers

President of the Grenadian Association of Poultry Producers (GAPP), Jason Phillip has defended the decision taken by its membership to increase the price for whole chicken and eggs in light of the hike in feed prices by Caribbean Agro Industries (CAI).

In an exclusive interview with THE NEW TODAY, Phillip said the poultry farmers have been absorbing all the price increases for feed over the past 10 years from the local mill and not passing them onto the consumers.

However, he said that this latest price hike from CAI which took effect on Monday forced poultry farmers into a situation in which they could no longer sell their produce at the same price.

“We the farmers have continuously absorbed all those price increases and have not been able to pass them onto the consumer. However in this particular instance the prices that were increased is to keep us viable. It is not even a full increase that we should (implement) based on the cost surrounding,” he said.

“We are only increasing a fraction of the cost on the basis of all the increases that have happened around us which also include the price of chicks – the purchasing of all the old chicks,” he added.

Caribbean Agro had implemented a new price regime from Monday in which Poultry Feed was increased by 6%, Hog Feed 12% and all other feed by 16%.

According to Phillip, the new cost price from GAPP “is not just a reflection of the rising price of feed but it also includes the cost of the purchase of the old chicks and other factors as inputs into the process”.

He said: “At this point the increase that the association is recommending is a modest, moderate one, however, it is geared towards having farmers to be able to cover their expenses for their production. We only moved to have the increase only after experiencing the actual price increase by Caribbean Agro.

Two weeks ago, the Grenada government had intervened and asked Caribbean Agro to hold its hand on the price increases that it had announced on feed and flour products.

Without any announcement from government, CAI posted a notice on the wall of its Sales Office indicating that the price hike will take effect from Monday.

According to Phillip, the GAPP has not received any response from the Ministry of Trade on the issue.

“I did make a request through the Ministry of Agriculture and I’m still awaiting a response. We have held back (on raising poultry prices) hoping that the government of Grenada might have stepped in to actually negate that no one would actually have to pay it even if Caribbean Agro might have announced it on Friday with their notice but we were hoping that the Government of Grenada would have had something to say but nothing was said.

‘This is where we are at right now and I guess everyone is now waiting on a response from the Government of Grenada as to all of these things.

Early Monday, Phillip issued the following statement on the price increases from GAPP:

“Following my visit to ADM Caribbean Agro Industries Sales office this morning at 8.00 a.m., the publicised notice indicating the increases of animal feeds and flour products have taken effect.

Due to this now actual change in feed prices upwards, the direct influence on cost of production cannot be ignored.

Over the past 10 years, the wholesale prices for locally produced poultry products being meat and eggs respectively, (have) not changed even with several increases in the costs of feed to the producers.

The last increase of feed prices on January 16th 2019, saw farmers yet again absorb this and not pass it on to the consumers. With this premise, it is not feasible for farmers who have to ensure the viability of their farming businesses, to absorb this latest price increase. Note that feed prices have increased over 10% over the past 10 years, with almost no decreases when production costs go down.

We continue to monitor the unfolding situation as we await Government’s official response”.