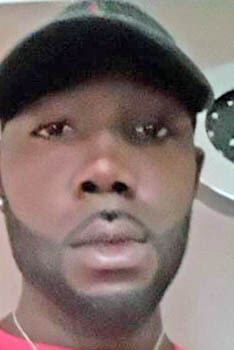 Constable Kenneth Sylvan – was charged $150.00 for delivering the document in the Botanical Gardens

The Royal Grenada Police Force (RGPF) has charged Constable Kenneth Sylvan $150.00 on two Disciplinary Charges for delivering a letter to Prime Minister Dr. Keith Mitchell from a law firm that took legal action against him in a civil matter before the law courts.

The Prime Minister complained to the Police High Command, led by Deputy Commissioner of Police, Michael Francois who is now acting as chief cop in the absence of the substantive holder of the post, Edvin Martin.

Four disciplinary charges were laid on Sylvan who was placed on trial Friday in front of the adjudicating officer, female Assistant Superintendent of Police (ASP) Maureen Stanislaus at a hearing held at Central Police Station on the Carenage.

The presiding officer found Sylvan guilty of two of the charges and dropped the other two for lack of evidence.

He was found guilty of violating the Police Act and also the Standing Order in delivering a letter to the Prime Minister.

Under the RGPF protocol of engagement with public figures, a police officer cannot directly hand deliver a document to parliamentarians like government ministers and senators but should first consult with their immediate Supervisor who will then pass it on through the office of the Commissioner of Police for action to be taken.

Speaking to Sylvan on Monday, the junior officer said that the two charges dropped were deceiving a Security officer in the Botanical Gardens in executing the letter on the Prime Minister’s office and of behaving disorderly in the Office of the Prime Minister.

“I didn’t stay in the Prime Minister’s office a minute,” said Sylvan who had reportedly dropped off several similar documents there before.

Sylvan expressed concern that action has been taken against him on this particular matter.

“I am only saying why now? I did it a couple times before and nothing was said. I’m trying to understand why it is now,” he said.

THE NEW TODAY understands it was the first time in the history of the RGPF that a police officer has been slapped with disciplinary action and the matter concluded within a short period of three weeks.

A bemused Sylvan felt that the High Command could have called him in and indicated that he was doing something wrong in going into the Office of the Prime Minister and delivering court-related documents to him.

According to the officer, as far as he is concerned he was performing a job and not engaging in any partisan politics by dropping off the letter in the Office of the Prime Minister.

“I don’t work in politics. I am aware of the environment we’re living in at the present moment,” he said.

Sylvan believes that the High Command members wanted to use the incident involving him to send a strong message that he could do anything but just do not interfere with the Prime Minister.

The Police High Command is currently dominated by officers who are known to be supporters of Mitchell’s ruling New National Party (NNP) administration.

Acting Commissioner Francois was brought back into active police duty after the NNP came to power in the June 1995 general election following suspicions due to allegations that he “purchased” a vehicle from a well-known drug dealer in Telescope, St. Andrew.

Another High Command member is newly appointed Deputy Commissioner of Police, Tafawa Pierre, the husband of Education Minister Emmalin Pierre and former head of the Financial Intelligence Unit (FIU) who was tasked with the responsibility by Prime Minister Mitchell to investigate a former Congress Finance Minister on scholarship funds awarded to his son by the State.

The other High Command member is Assistant Commissioner of Police (ACP), John Moses Mitchell, a cousin to the Grenadian leader and described as the one who was most hostile to Sylvan when he was called in by the top brass at the fort on the letter issue.

The Junior Officer told close associates that the only thing ACP Mitchell did not do to him was put his hand on him.

According to Sylvan, there is no doubt that the High Command members believe that justice was served in their favour and that whatever they wanted to achieve they managed to do so.

After the Disciplinary charges were slapped on him, Sylvan was notified that he was being transferred from the Police Prosecution Department forthwith to the Victoria police station in St Mark but it was pulled back about 5 hours later.

There are reports that the Police High Command members were advised by a junior officer that they were acting illegally since they could not punish Sylvan twice for the same subject matter in light of the Disciplinary charges brought against him.

Sylvan said he got the sense from the onset of his trial that the Adjudicating Officer was fully briefed on how to handle the matter.

He said: “I could be wrong but in my discretion I just think personally that the Adjudicating Officer came there and like she was briefed as to procedure … and to the decision that had to be applied on me. Don’t get me wrong because I am not upset”.

Constable Sylvan has won several awards from the Police High Command for his outstanding performance on the job over the years as a process server in the Prosecution Department of RGPF.

The junior officer was represented at his trial by attorney-at-law, Benjamin Hood who is associated with the law firm that gave him the letter to serve on PM Mitchell.

The letter relates to possible court action against the Prime Minister for failing to honour a court ruling to pay cost in a matter that he lost before the Court of Appeal and High Court against former Accountant General, Garvey Louison.