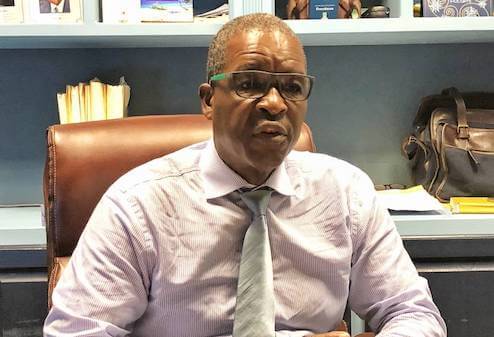 Grenada police are facing a damning condemnation from a local attorney-at-law over the shooting early Sunday morning of a national footballer in Gouyave, St. John.

Attorney Jerry Edwin issued a statement accusing the policeman of using a particular bullet that caused great harm to his client.

Following is the text of the statement:-

I am highly disturbed and quite alarmed as would any member of the Grenadian public, to learn that the bullet which was fired by a policeman this past Sunday into the upper leg of young Jamal Charles was a hollow-point bullet that is ordinarily used by military forces not by police officers. We are calling for the investigation currently underway by the RGPF to review the use of military grade weapons and to immediately cease the use of such deadly weaponry by our police forces.

Hollow-point bullets expand when they contact the flesh of their targets. They are banned in warfare as inhumane by the Hague Declaration and the Geneva Conventions because they cause great damage to their target’s internal organs and tissue. This kind of bullet has no place in the arsenal of the Royal Grenada Police Force.

According to a doctor at the General Hospital who is treating Jamal, the bullet has expanded in the tissue of his thigh and has scattered into small pieces.

We are urging Commissioner Martin to suspend the use of hollow-point bullets immediately in keeping with international human rights conventions.

Hollow-point bullets cause devastating injury and are intended to shred the soft tissue and to explode on impact inside the targets. They have no place in police weaponry in Grenada.

I am deeply troubled to learn that fragments of the hollow-point bullet are scattered in several places of Jamal Charles’ upper thigh. The future of this young man’s ability to continue as an outstanding sportsman is in serious jeopardy at this time. There is no single bullet that can be removed by doctors at the General Hospital because the hollow-point bullet has expanded and exploded in the young man’s body.

We reiterate our call that in situations such as these when police officers shoot civilians these incidents should not be investigated by other police officers. This is not a question of the competency of police investigators. This is an issue of transparency and confidence in the process.

We are also calling for psychological examinations and stress tests to be conducted as part of the qualification of persons who apply to be RGPF officers and that those applicants must successfully pass sector specific psychological exams before they can qualify for the RGPF. That evaluation must be ongoing to determine the continuing fitness of persons to serve as law officers and to safeguard the civilian population of our largely peaceful nation.

What happened to Jamal Charles must never be repeated again anywhere and at anytime in Grenada when our police contact civilians who pose no threat to them. Neither Jamal Charles, his mother or his brother who were at home in the early morning of July 5 posed a threat to any of the officers who were at their home that morning.

The family strongly objects to any insinuation from any officer that they were threatened. This is patently false and is regrettable if it forms any part of the ongoing police investigation.

The family as well as several neighbours who were present that morning to render assistance to Jamal have given statements to the investigating team from the Commissioner’s Office.

The statements from the police officers who were at the Charles’ home should be taken expeditiously and the results should be made public with all deliberate speed.

Jamal’s family is praying that he will fully recover and continue to what he has spent all his young life doing which is engaging in sporting activity, as a footballer and cricketer.

For Jamal’s sake and for the safety of all civilians the use of hollow-point bullets by officers of the RGPF must be immediately banned.